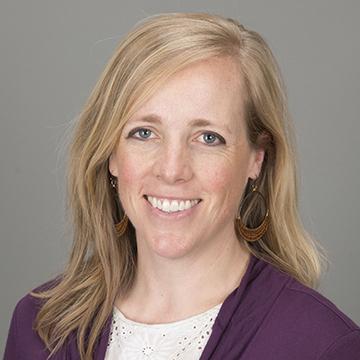 If we want more women to run for office, we should train them to do so.

I became a news junkie in college. Growing up in a small town in Wisconsin, I never paid much attention to politics. But as a young adult, I started to enjoy watching and reading about what was happening in Washington, D.C. I monitored campaigns, policy debates, and international conflicts. After finishing my undergraduate degree, I worked at a community newspaper reporting on local city government. Within the year, I was applying to graduate programs in political science.

I moved to Washington, D.C. for graduate school where my research focused on American politics, specifically political behavior. I taught at Georgetown University and the University of Mary Washington before joining the political science department at Hood College in fall 2009.

I have contributed to numerous edited volumes on U.S. elections. I am the co-author of Onward Christian Soldiers: The Religious Right in American Politics (2011) and have published numerous articles in peer-reviewed journals. I serve as the adviser to the Maryland Student Legislature and other political clubs on campus.

In response to the under-representation of women in political office, liberal arts colleges in Maryland are joining together to sponsor the Training Ms. President program—a two-day seminar for undergraduate female students about what it takes to run for political office. Program participants include exceptional college women and all-female panels from the Maryland media and political class. Selected students learn how to run for office, work with political parties, raise funds and speak to the media. Training Ms. President has been held annually since 2015.

Exit surveys found Training Ms. President led young women to express interest in politics more generally, including encouraging others to vote, working for candidates and donating money to campaigns. Moreover, the program led to an eight percent increase in participants who felt very qualified to run for student government, from 38 percent to 46 percent. This increase is significant because research shows running for student government makes one more likely to run for political office later in life. While serving in student government, young women gain confidence and the skills necessary to run for higher office.

Finally, many participants reported feeling inspired by their exposure to female elected officials. Studies find that seeing women elected to office and providing young women with role models in public life has a positive impact on the political interest of women and girls. Record numbers of women have run for political office in recent elections, and the impact of female role models and programs like Training Ms. President will no doubt continue to be explored.