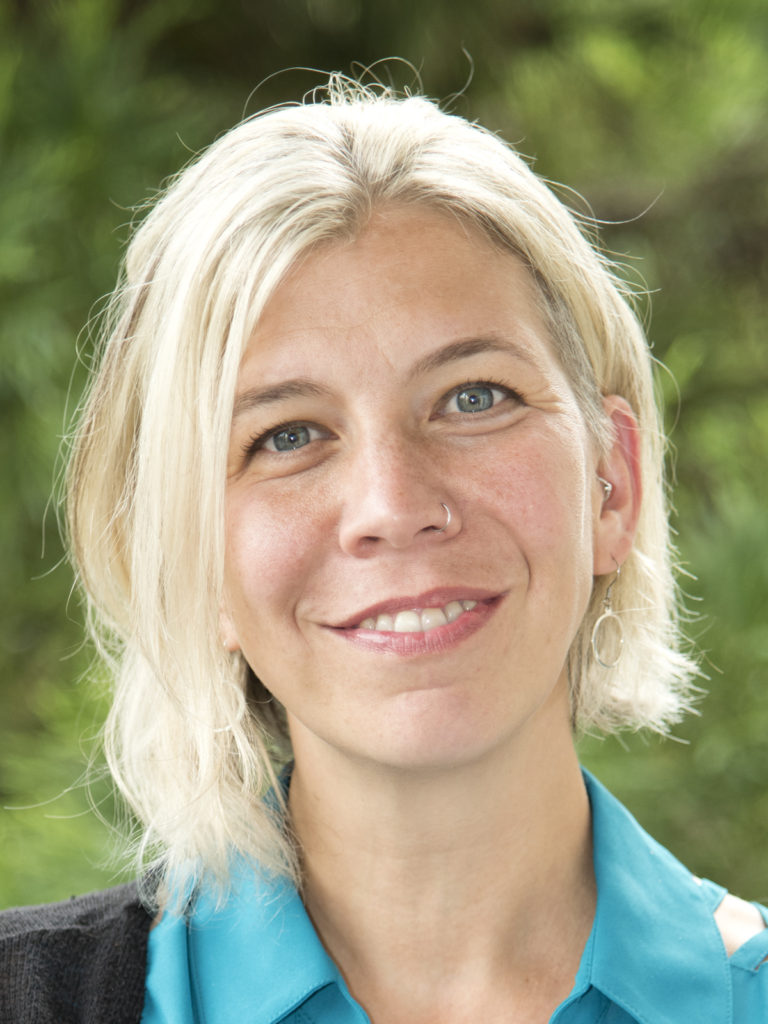 On Oxford College of Emory University Week: Resilience is a good skill to cultivate.

Alix Olson, assistant professor of women’s gender and sexuality studies, examines how it can be abused as well.

Dr. Olson is thrilled to begin her first year teaching Women’s, Gender and Sexuality Studies at Oxford College. Her research interests include contemporary social and political thought, critical theory, feminist and queer politics, and social movements. Dr. Olson’s book manuscript The Promise(s) of Resilience: Governance and Resistance in Complex Times offers a critical examination of the rise and circulation of the concept of “resilience” within 21stCentury political life and the ways it is fundamentally re-ordering peoples’ understanding of themselves, the world, and possibilities of action. Grounding her analysis in a wide breadth of empirical case studies—from the United Nation’s refugee policies and post-Katrina “regeneration” programs to self-help literature and social movements—she shows how resilience discourses work to produce a sustainable human infrastructure capable of upholding the crisis conditions of late capitalism.  Dr. Olson has published peer-reviewed articles/chapters in The Journal for a New Political Science, Wagadu: Journal of Transnational Women’s and Gender Studies and  in Agitation with a Smile: Howard Zinn’s Legacies and the Future of Activism (Paradigm 2013). She has received the “Christian Bay Award” for the paper presented at APSA that “best exemplifies the goal of New Political Science: making the study of politics relevant to the struggle for a better world.”  She received the Distinguished Teaching Award at the University of Massachusetts. Dr. Olson is currently serving as program chair for the New Political Science division at the APSA 2018 annual meeting.

Prior to Olson’s academic life, she toured internationally for over a decade as a spoken word artist, regularly appearing in media outlets like HBO’s Def Poetry Jam, Air America (with Rachel Maddow), NPR, and WXPN. Olson has published widely within popular media including in Ms. and Curve Magazines, co-authoring Burning Down The House (Soft Skull Press, 2002), and editing the first U.S. all-women’s spoken word anthology Word Warriors: 35 Women Leaders in the Spoken Word Revolution (Seal Press, 2007) which bell hooks calls an anthology “to resurrect you.”  She has produced three spoken word albums and poetry books and the award-winning documentary film Left Lane: On The Road With Alix Olson. Dr. Olson has lectured and taught social justice, art and politics, and writing workshops and performed spoken word poetry at over 300 colleges and universities and at political conferences, high schools, prisons across the United States and internationally.

The Rise of Resilience

Signs in New Orleans have appeared, saying “Stop calling Me Resilient. Because every time you say ‘Oh, they’re Resilient, that means you can do something else to me.”  These signs reveal how resilience- long understood as central to political activism- is also a political problem.

Mandates for resilience are common sense responses to the “new normal” of a dangerous future. And, resilience is everywhere: from the cover of Psychology Today to United Nations policies addressing climate change and immigration.  The Department of Homeland Security even calls resilience our nation’s new “immune system.”

The U.S. military has made resilience training central to molding troops in what it calls an era of “infinite war”- one characterized by skyrocketing rates of Post-Traumatic Stress Disorder and suicide among soldiers. Resilience training is our government’s solution to the twin problems of extended missions and escalating health care costs for veterans. The military hopes to create endlessly deployable human resources, an “indomitable army of super soldiers.” The hope is that soldiers will be not only invulnerable to trauma but primed to embrace war as an opportunity to thrive. This approach- replacing PTSD with Post-Traumatic Growth Syndrome- is being adopted by corporations, schools, police and fire departments, and more.

Resilience is vaunted as an unquestioned logic for the 21st Century. But what does it mean to live in a world that requires ever more resilient soldiers, students and employees, crops, levees and buildings? Resilience is not the problem. Rather, my research reveals we need to ask harder questions about the structural conditions—a steadily warming planet, racialized economic inequality, seemingly endless war – creating nearly relentless vulnerability.