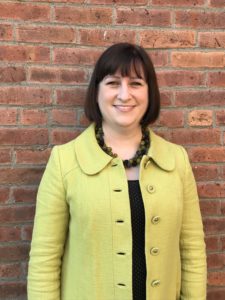 What a society made can tell us a lot about them.

Keely Heuer is an Assistant Professor of Art History, specializing in the visual culture of ancient Greece and Rome. Her research concentrates primarily on the iconography of Greek vase-painting and the interrelations between Greek settlers and indigenous populations of pre-Roman Italy. She received her PhD from New York University and was a Bothmer Fellow at the Metropolitan Museum of Art before teaching at SUNY New Paltz. Her essays have appeared in the Metropolitan Museum Journal and specialized Greek vase studies including Athenian Potters and Painters III and several supplemental volumes of the Corpus Vasorum Antiquorum.

Although familiar with legendary ancient Greek wanderings in Homer’s Odyssey, few today are aware of the extensive Hellenic exploration of the Mediterranean basin and beyond that began in the mid 8th century B.C., motivated by the need for raw materials, such as metal ores, and fertile farmland that could support their homeland’s burgeoning population. The permanent settlements they established extended from modern Spain to Georgia on the Black Sea, and the largest concentration of these Hellenic sites are on the shores of southern Italy and Sicily, leading to the area becoming known as Magna Graecia or “Great Greece.”

Understanding life in these Greek settlements and their impact upon their indigenous Italic neighbors (who often lived a short distance away) is impeded by the lack of local literary sources other than brief inscriptions that are usually dedicatory in nature. Although we hear of historians, philosophers, and playwrights in Magna Graecia, none of their voices survive and what information we do have about the region was recorded from a geographical and temporal distance.

Therefore, we rely upon visual and material culture in the archaeological record, and my work focuses upon the imagery painted on ceramics produced in the region using techniques, shapes, and iconography originally derived from Athens around 440 B.C. This pottery, categorized as South Italian, features a number of distinctive motifs that are never or only rarely found on their mainland Greek counterparts, including scenes derived from the great Athenian tragedies. These differences reveal the unique interests and religious beliefs of the vases’ clientele, Greek and native Italic alike. The pottery’s funerary function suggests that their distinctive iconography is eschatological, including the numerous female heads rising from flowers, perhaps referencing the regenerative natural cycle. These beliefs regarding life after death may have influenced Plato, who spent extensive time in the region contemporary with the vases’ production.