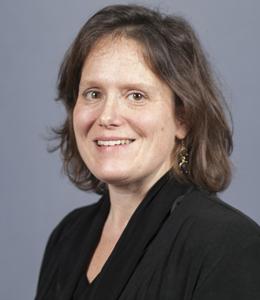 On Widener University Week: Rape victim advocates often work behind the scenes of the #MeToo movement.

Shana Maier, professor and director of the master’s in criminal justice program, discusses this overlooked group.

Shana Maier is a professor and director of the master’s in criminal justice program at Widener University. She received her B.S. and M.S. degrees from Saint Joseph’s University, and her Ph.D. in sociology from the University of Delaware. She began her career at Widener University in 2005. Her research interests include intimate partner violence, the treatment of rape victims by the criminal justice system, medical and legal systems, the transformation of rape crisis centers, and the experiences and perceptions of rape victim advocates, Sexual Assault Nurse Examiners, and law enforcement officers who respond to rape victims. She has written numerous journal articles and books, including her most recent book Rape, Victims, and Investigations, published by Routledge in June 2014.

Perceptions of the #MeToo Movement

The #MeToo movement has since 2017 been engaging and empowering victims of sexual violence through their understanding that they are not alone.
The movement, as well as recent allegations made against celebrities, priests, and a Supreme Court nominee, have resulted in more victims than ever seeking services.
For example, the Rape, Abuse & Incest National Network reported that September 28, 2018 – the day in which Dr. Christine Blasey Ford testified against Judge Brett Kavanaugh – was the busiest day for the hotline in its 24-year history, with more than 3,000 people seeking help.
Clearly, the movement has encouraged women to step forward, but it has also faced backlash for ignoring the work of activists and victims of color, putting the responsibility to reveal abuse on victims, and ruining the careers and reputations of accused men before they can reply or defend themselves.
In light of this national conversation, I am researching the perceptions of rape victim advocates, including volunteers, staff and directors of rape crisis centers, to understand their views on the #MeToo movement, as well as its influence on rape survivors and the funding and functioning of rape crisis centers.
Victim advocates are a typically overlooked group of individuals, but have a significant impact on the treatment and recovery of rape survivors. Their broad perspectives come from not only their opportunity to have direct contact with a wide variety of survivors, but also because they help survivors negotiate various parts of the medical, criminal justice and legal systems, and thus witness survivors’ treatment by other professionals.
Understanding their perceptions, in the context of the #MeToo movement, will help as we continue to combat epidemic levels of sexual violence worldwide.