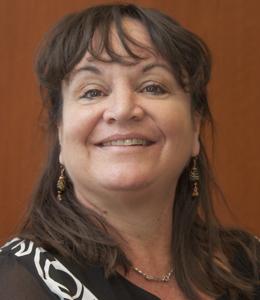 On Widener University Week: Each victim of gun violence has a story to tell.

Mary Francis, assistant professor of nursing, says the effects can be devastating.

Mary Francis is an assistant professor of nursing at Widener University. In her clinical capacity, she works as a trauma nurse practitioner at Cooper University Hospital in Camden, New Jersey. She recently defended her dissertation which focused on gun violence. In her research, she utilized the narrative inquiry method to capture the experience of being a victim of gun violence in an effort to understand the initial perception of the experience and the ongoing impact of the event.

Gun violence is a public health crisis in the U.S. The CDC reports on average 92 people die from gun violence each day. Statistically, there is a correlation between poverty and violence, making gun violence prevalent among the urban poor. Research demonstrates that gun violence can have an impact on education, health, incarceration, family stability, and financial security within a population. But what about the individual?

My latest study was designed to gain a greater understanding of gun violence from the personal story of the victims. By analyzing the personal accounts, we gain access to the knowledge needed to understand the victim’s perspective and ultimately identify community and clinical interventions to address this growing epidemic.

I conducted and recorded sixteen face-to-face, private interviews. Each interview used a semi-structured guide which provided participants the freedom to their story.

The first theme was the prevailing nature of everyday violence. Gun violence was not an extraordinary event but rather an ordinary occurrence that did not evoke a dramatic response.

Second was the feeling of abandonment by social institutions. The testimonials expressed limited support from police, government, school and community systems which led to a more violent community.

Third, poverty and lack of employable skills and education led to an environment that is fueled by a cycle of reactive violence.

And last, each participant experienced psychological effects, such as PTSD, following violent events.

My findings underscore the need for programs and resources within effected communities. Partnerships between community leaders, policy makers, educators and health care professionals need to be fostered in order to develop meaningful interventions that can increase awareness and reduce violence.