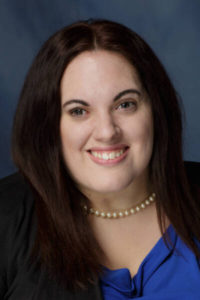 Can CBD be used to treat pain in humans without getting them high?

Jenny Wilkerson, research assistant professor in the department of pharmacodynamics at the University of Florida, looks into this question.

Jenny Wilkerson, Ph.D., joined the University of Florida College of Pharmacy in November 2017 as a research assistant professor in the department of pharmacodynamics. Wilkerson received her Bachelor of Science degree in cellular/ molecular biology, with a minor in chemistry, from Northwest Missouri State University, and her Ph.D. in biomedical sciences from the University of New Mexico School of Medicine’s department of neurosciences. Upon completion of her doctoral studies, Wilkerson completed a postdoctoral fellowship at Virginia Commonwealth University in the department of pharmacology and toxicology, where she was the recipient for the competitive Ruth L. Kirschstein F32 Individual National Research Service Award. Her research interests broadly encompass the involvement of the immune system in preclinical models of pathological pain and neurodegeneration, with an emphasis on endogenous cannabinoid (endocannabinoid) system modulation. Additionally, an area of keen interest of Wilkerson’s is the examination of the adjunct administration of experimental preclinical compounds to produce enhanced analgesic opioid effects, with diminished drug abuse liability.

Cannabidiol, or CBD, a minor constituent of marijuana, does not get people high, unlike marijuana’s main constituent, delta-9-THC. CBD also does not seem to be addictive. There is mounting evidence in pre-clinical laboratory studies that show that CBD may be of use for the treatment and prevention of neuropathic pain, or a type of chronic pain due to nerve cell damage.

In a mouse model of this type of pain, CBD injections prevented and reversed the development of one hallmark sign of neuropathic pain, called mechanical allodynia. This is the sensation of pain due to a non-noxious stimulus, such as the feeling of clothing on an area of skin that has a sunburn. A new study from McGill University in Montreal, Canada, shows that oral administration of CBD produces these same effects in rats with a similar type of pain. In these studies, the scientists discovered that these effects are likely due to the actions at serotonin receptors.

An important caveat to these findings is that not all compounds that produce effects in rodent pain studies will work in humans. Thus, until more scientific studies are conducted, the hype that CBD can successfully treat various forms of pain in humans is premature. Further, taking CBD with certain drugs could diminish or enhance the effects of prescriptions, leading to problems controlling particular medical conditions that were once well-managed, or increased side effects of the other medications.

There have been numerous consumer reports that show that the actual amount of CBD that is in the over-the-counter products is significantly less than what is reported on the label. Also, some of these over-the-counter products contain enough THC to show up on drug tests. For these reasons, it is incredibly important to talk to your doctor or pharmacist about potential interactions with other drugs before taking/trying CBD.