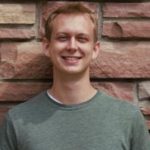 On this Student Spotlight: The Nazis displaced many of math’s greatest minds.

David Gunderman, PhD student in applied mathematics at the University of Colorado, looks back.

David Gunderman is a PhD student in the Applied Mathematics department at Colorado University-Boulder.

Two things connect the names Gauss, Riemann, Hilbert and Noether. One is their outstanding contributions to math. The other is that each was a professor at the same university in Göttingen, Germany. Although relatively unknown today, Göttingen, a small German university town, was for more than a century one of the most productive centers of math in history. Göttingen’s rise to mathematical primacy occurred over generations, but its fall took less than a decade when its best minds were pushed abroad by the Nazi Party.

The university in Göttingen was founded in the middle of the German enlightenment and, by the early 19th century, it was a center of scientific learning. Its math prowess originated in Carl Friedrich Gauss, widely considered one of the greatest mathematicians of all time. He was followed by Bernhard Riemann, who paved the way for Einstein’s relativity; David Hilbert, whose famous 23 problems guided math research for the entire 20th century; and Emmy Noether, who made fundamental contributions to modern algebra, which can be used to understand a Rubik’s Cube, for example.

The university’s math legacy endured for more than a century, but the wave of nationalism in Germany in the early 1930s transformed Göttingen. By 1943, 16 former Göttingen faculty members were at universities in the U.S. alone. When Hilbert was asked in 1934 by the Nazi minister of science whether the Math Institute had suffered from Nazi policies, he replied: “Suffered? It hasn’t suffered, Mr. Minister. It doesn’t exist anymore!”