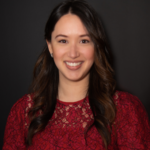 Women join terrorist groups for the same reasons as men, but their roles aren’t always the same.

Jessica Trisko Darden, assistant professor at the school of international service at American University, explains why.

Jessica Trisko Darden is Assistant Professor at American University’s School of International Service and Jeane Kirkpatrick Fellow at the American Enterprise Institute. She is the co-author of “Insurgent Women: Female Combatants in Civil Wars”.

Why do women like Hoda Muthana or Shamima Begum find themselves drawn to terrorist groups like ISIS? Explaining women’s complex motivations for participating in conflict is a key focus of my research.

Many of these motivations are the same as men’s: the pull of a group’s ideology, a desire to escape poverty, or personal connections to others who had taken up arms. But some seem more unique to women, including the desire to escape forced marriage or violence at home.

Women like Ira in Ukraine help us understand the multiplicity of roles that women in non-state armed groups adopt. Ira used to be a kindergarten secretary. Her commanding officer in a rebel group was quick to praise her, saying “She goes into the field to rescue our fighters when they are wounded. Plus she is our best sniper. She can cook for us. She can drive our tank.”

As in civilian life, insurgent women find themselves engaged in mundane, every-day tasks like cooking and cleaning. But women’s invisible support work is often the foundation for a rebel group’s success.

The presence of women also allows an armed group to recruit more women, drawing on a broader population and allowing it to be more selective. However, when women defect or demobilize, they are often doubly stigmatized: first as a fallen woman and then again as a former fighter. From Nepal, to Sierra Leone, to El Salvador, once the fighting has ended, the unique needs of insurgent women often go unmet.

It’s time that we recognize the many ways that women contribute to armed groups and better support their reintegration. Warfare is no longer just a man’s game.