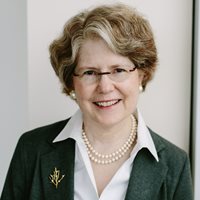 Math could be what determines whether you graduate from college.

Alexandra Logue, research professor at the Graduate Center of the City University of New York, examines why.

Dr. Alexandra W. Logue is a Research Professor in CASE (the Center for Advanced Study in Education) of the Graduate Center of The City University of New York (CUNY), with particular responsibility for research and scholarship concerning college student success.

Dr. Logue is an internationally known behavioral scientist. She has published approximately 150 articles, chapters, and books, and has served on the editorial boards of many prestigious journals.  Recently, she and her colleagues published the only randomized controlled trial concerning corequisite math remediation, demonstrating its success.  Her most recent book, Pathways to  Reform:  Credits and Conflict at The City University of New York (Princeton University Press), is a case study regarding the difficulty of making change in higher education.

Dr. Logue’s research has been funded by the National Science Foundation, the National Institute of Mental Health, the Spencer Foundation, the Institute of Education Sciences of the U. S. Dept. of Education, and the Teagle Foundation. The recipient of the American Psychological Association’s Hake Award for excellence in bridging basic and applied research, Dr. Logue is a Fellow of the American Psychological Association, The Association for Psychological Science, the Psychonomic Society, and the American Association for the Advancement of Science.  She is also a board member of Ithaka (a nonprofit corporation and parent of JSTOR) whose mission is “Transformative Uses of New Technologies in Higher Education.”

Many people will tell you they fear math, or that they aren’t good at it.  It turns out that math remediation is actually the largest single academic reason that students don’t graduate from college in the U.S.  Most new freshmen are assessed as needing it, and most of those students never complete their required remedial courses, preventing them from graduation.

But we can use new curricular strategies and rigorous research techniques to identify ways to help these students graduate from college.

In addition, because Black, LatinX, poor, and first-generation-college students are more likely to come from lower-performing high schools and to be assessed as needing remediation, assigning students to corequisite instead of traditional remediation can increase these students’ graduation rates.  Instituting corequisite remediation can contribute to higher education equity.

An increasing number of states are requiring corequisite instead of traditional remediation.  These policy changes can help many college students succeed in math and in college.