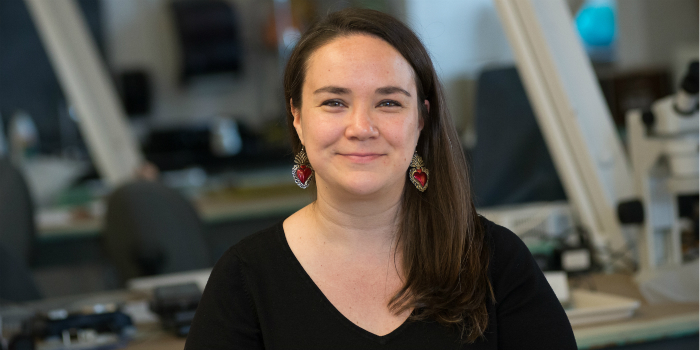 Where do the migrants who successfully cross the southern border go?

Teresa Mares, associate professor of anthropology at the University of Vermont, details one seemingly unlikely place.

Dr. Mares’ research focuses on the intersection of food and migration studies, and she is particularly interested in the ways that the diets and foodways of Latino/a immigrants change as a result of migration. Analytically, Dr. Mares engages with theories and concepts of citizenship and borders, identity and foodways, and contemporary social movements. She is committed to applied, community-based ethnographic methodologies and is currently studying food access and food security among Latino/a dairy workers in Vermont. Based on this research, she wrote a book entitled “Life on the Other Border, Farmworkers and Food Justice in Vermont,” published in April 2019 by the University of California Press.

Recent publications include, “Eating Far From Home: Latino/a Workers and Food Access in Rural Vermont,” (co-written with Naomi Wolcott-MacCausland and Jessie Mazar) forthcoming in Food Across Borders: Production, Consumption, and Boundary Crossing in North America, “Navigating Diverse Relationships to Local Food in a Supposedly Homogenous Place,” forthcoming in Food and Foodways, “Workplace Democracy and Civic Engagement in Vermont Food Cooperatives,” (co-written with Cecile Reuge) in Working USA, The Journal of Labor and Society, and “Another Time of Hunger” in the edited volume Women Redefining the Experience of Food Insecurity.

Migrants and the Other Border

Over the past twenty years, farmworkers from Latin America have moved to the picturesque rural countryside of Vermont to find work in the dairy industry.

For some, this northern state is the most recent stop in a long line of impermanent and unstable employment in the US. For others, family networks have brought them directly to Vermont’s rolling green hills and milking barns from their homes in Latin America.

Vermont’s often harsh climate stands in stark contrast to the tropical and subtropical areas that many farmworkers come from. At first glance, their landscapes and their agrarian economies could not be more different. However, what connects them is deep and complex: the political-economic interdependencies and migration networks that are inherent in the globalized food system.

In my research, I unravel these interdependencies and follow these networks.   I explore the intersections of structural vulnerability, food security, and the politics of visibility

in the lives of farmworkers in the northern borderlands of the United States.

I argue that multiple forms of vulnerability and marginalization conspire to leave farmworkers often hungry and living in crowded, unsanitary conditions – even as their labor contributes to the livelihoods of farmers and the well-being of consumers across the food chain.

In these borderlands, anxiety and fear of being deported shape the lives of migrant workers long after they have endured the trauma of crossing into the United States from Mexico.

And while the prospect of food justice and food sovereignty for migrants is improving, thanks in large part to worker-led grassroots organizing, much work remains.

My ethnography is situated in Vermont, but it is not a unique case. Across the U.S. food system — in the fields, slaughterhouses, fast-food kitchens and canneries — it is the immigrant worker who feeds the nation.  At best unappreciated and at worst asked to endure working conditions few would tolerate.