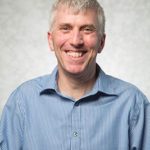 On Grand Valley State University Week: Have you bought your lottery ticket?

Jeff Lowenstein, assistant professor of multimedia journalism, says win or lose, it could do more harm than good.

Jeff comes to GVSU from Columbia College Chicago in Chicago, IL, where he was a lecturer. Prior to his position there, he worked for a weekly newspaper on Chicago’s South Side, did investigative work around race and poverty issues for a bimonthly magazine in Chicago and was the first database and investigative editor at Hoy Chicago, the Chicago Tribune Company’s Spanish-language newspaper. He is a Fulbright Scholar (Chile 2013), Specialist (New Zealand 2015) and Teacher (South Africa 1995). His research focuses on telling stories about vulnerable individuals and communities that would otherwise not be told and on building collaborations to heighten quality and maximize impact. His recent projects include a compilation of his favorite blog posts, an expose’ of a reverse mortgage/home repair scam and a yearlong investigation into nursing home abuses.

We’ve all done it.  Bought that lottery ticket we know can change our lives.  And while you probably have a very clear idea of what you’ll do with your winnings, you likely didn’t know that you’re participating in a industry that generates nearly $300 billion in revenue each year.

I didn’t, either, before I started working on an investigation of the global lottery industry with a team of more than 60 colleagues and students around the world.

Together we learned that the lottery is dominated by just eight companies, some of which are in more than 100 countries.  We exposed the hundreds of millions of dollars of tax avoidance by International Game Technology, one of the largest companies that helps carry out what amounts to a regressive tax on poor people. We analyzed 11 million records obtained through public records requests and found 1,7,00 players across United States who won dozens, hundreds and even thousands of times at utterly incomprehensible odds.  Our South African colleagues exposed rampant corruption in lottery recipients in that country, while a Malian journalist laid bare the links between the national lottery and Mali’s ruling political party.

All told, our team has written more than four dozen stories in French, German and English in Latin America, Africa, Europe and the United States. Our work has preceded arrests, story closures, policy change and funding reallocations. So the next time you scratch off the ticket that holds the key to your lottery dreams: just remember that you’re not just chasing your individual dream, you’re also supporting one of the world’s largest industries.