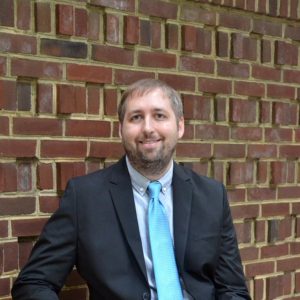 Exposure to police violence can leave a lasting mark on a victim’s mind.

Jordan DeVylder, associate professor at the graduate school of social service at Fordham University, discusses how psychological distress can linger after an encounter.

Jordan DeVylder is an Associate Professor at the Fordham University Graduate School of Social Service. He has been on faculty since 2017. He received his MSW and PhD in Social Work from Columbia University, his MS in Cognition & Brain Science from Georgia Institute of Technology, and his BA in Psychology from New York University. He was previously employed at the University of Maryland School of Social Work as Assistant Professor, and as a clinician/researcher at New York State Psychiatric Institute.

Dr. DeVylder’s research is focused on preventive mental health, with a particular emphasis on psychosis and suicide. His research on the clinical significance of early psychotic symptoms has been published in leading social work and psychiatry journals, including JAMA Psychiatry, World Psychiatry, and Schizophrenia Bulletin. He is currently conducting a randomized trial to test an intervention to improve the detection of untreated psychosis by social workers employed in community settings, funded by the National Institute of Mental Health. In suicide prevention research, he has funding from the American Foundation for Suicide Prevention to examine sub-clinical psychosis as an indicator of suicide risk among adolescents receiving emergency health services in Baltimore. He has several ongoing projects focused on the epidemiology of psychosis, examining the role of stress, urban upbringing, and crime victimization in psychosis etiology in the United States and internationally. He has more recently focused on studying the impact of police violence from a public mental health perspective, finding that exposure to police violence is associated with notably elevated levels of psychological distress, delusional thoughts, and suicidal behavior.

The Impact of Police Violence on Public Mental Health

The contentious debate around police violence in the United States has focused almost exclusively on mortality. But the more pervasive effect on the mental health of communities that face high rates of police violence has gone largely unacknowledged.

We conducted the Survey of Police Public Encounters to better understand the prevalence of police violence among a general-population sample of adults living in Baltimore and New York City, focusing on disparities in police violence exposure and its association with mental health difficulties. We found that the self-reported rates of police violence exposure were unexpectedly high. More than 7 percent of respondents reported a physical encounter with police over the past year, and 3 percent reported sexual violence from a police officer. 13 percent reported psychological victimization and 15 percent stated they experienced neglect. Fitting the current media narrative, all forms of violence exposure were indeed more commonly reported among people of color, particularly Black and Latino respondents. Prevalence was also higher among male and transgender respondents, and among younger adults aged 18-24.

We also found that respondents exposed to police violence were significantly more likely to report concurrent psychological distress and suicidal behavior, and to endorse symptoms called “psychotic experiences,” which are indicators of psychosis vulnerability that have been shown to be highly sensitive to social trauma. All mental health outcomes were more common among respondents who were exposed to physical violence with a weapon or sexual violence, suggesting that these symptoms result from the stress and trauma of an assaultive encounter.

This study suggests that greater training on conflict de-escalation for police officers, the use of crisis intervention teams for high-risk encounters, and the provision of trauma-informed mental health services to victims of police violence are all needed for protecting community mental health.