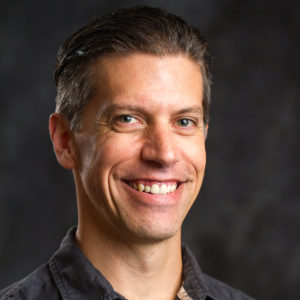 On Grinnell College Week:  Not everyone is for inclusivity.

Ross Haenfler, professor of sociology, looks at the fringe groups who want to turn back the clock.

I am an Associate Professor of Sociology at Grinnell College where I teach Deviance and Youth Subcultures, Sociological Theory, Men and Masculinities, and introductory sociology courses. I love teaching and try to teach classes that create possibilities for students to live more engaged and fulfilling lives.

My research focuses on how everyday people engage in social change as participants in subcultures and loosely organized social movements. Since most people do not consider themselves “activists,” I am interested in how they create changes in their own lives that reflect their values and how they believe that these individual actions add up to social change. Along with my colleagues I developed the concept of “lifestyle movement” to explain ongoing, diffuse change efforts seeking cultural (rather than policy) change, enacted largely in daily life rather than the streets. Examples include voluntary simplicity, slow food, locovores, green lifestyles, and abstinence pledgers.

I write widely on deviant subcultures, especially punk, hardcore, and straight edge. These scenes profoundly impacted me as a young person and continue to inspire me today. Much of my work addresses the complicated masculinities that emerge in subcultures and music scenes, and recently I have begun studying how young subculturists transition to “adulthood” – work, family, and careers.

Even as the U.S. seemingly becomes more diverse, we are in the midst of an incredible backlash against women, people of color, and LBGTQ people, fueled by an array of misogynist movements including men’s rights groups, alt-right male supremacists, and incels.

Incels, short for “involuntary celibates,” are a small, predominately white, online community of heterosexual men who have not had sexual or romantic relationships with women for a long time. They blame women for their sexual troubles, vilifying them as shallow and ruthless, while simultaneously expressing jealousy and contempt for high-status, sexually successful men. Incels share their frustrations in Reddit forums, revealing extremely misogynist views and in some cases advocating violence against women. Their grievances reflect the shame of their sexual “failures,” as, for them, sexual success remains central to real manhood, a “proving ground” in which men feel entitled to women’s bodies and pressured to prove their masculinity through sexual prowess.

Incels and other misogynist men’s movements form a backlash to a changing social landscape where economic anxieties combined with gains by women, queer movements, and people of color seem to threaten their rightful, dominant place in the world. For the past 60 years, marginalized communities have, at incredible cost, fought for and occasionally won greater recognition, representation, and rights. With Black Lives Matter and #MeToo in momentum, men’s rights and alt-right groups thrive and some men resort to mass murder, often specifically targeting women who they feel have spurned their advances.

To some people it might appear that these are only a collection of disturbed, fringe individuals. However, I see incels as part of a larger misogynist culture. Only in an incredibly male-dominated society could a President claim “It’s a very scary time for young men in America.”