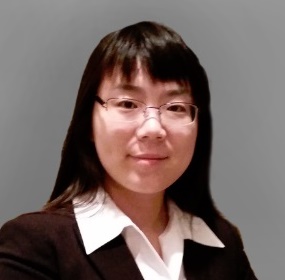 On University of Dayton Week: Does incentive spending really take from the rich and give to the poor?

Jia Wang, assistant professor of economics, determines if the intended benefits are real.

Jia Wang is an assistant professor of economics at the University of Dayton. Her research interests are in the areas of public economics and urban/regional economics. Her projects involve empirically investigating various economic impacts of economic development incentives. Her research has been published in journals such as B.E. Journal of Economic Analysis and Policy, Regional Science and Urban Economics, and Review of Regional Studies. She received her Ph.D. from the University of Oklahoma.

Economic development incentives are a mainstay of state and local strategies to attract or retain employers.

Governments can offer a variety of incentives — including grants, tax credits, and money toward infrastructure — to lower a firm’s cost of doing business in a particular location. In return, potential benefits include business investment, job creation, higher income, more tax revenue, and economic growth more generally.

Incentive spending continues to rise despite the lack of consensus about whether such policies produce the intended result. Notably, a large number of incentive deals are awarded to billionaire-owned companies, some of which are well-known low-wage employers such as Walmart.

My research with Stephen Ellis and Cynthia Rogers, both at the University of Oklahoma, examined the relationship between incentive use and income inequality.

We analyzed incentive use with data collected by Good Jobs First, which includes 41 states from 2000 to 2009. Panel regression methods let us look at how incentive use and inequality vary across states.

Whereas the effects vary by region, our analysis indicates that using incentives redistributed income from the bottom 90 percent to the top 10 percent — creating a reverse Robin-Hood effect.

This finding is also linked to my previous research which shows that higher incentive spending at the state level is associated with lower spending on productive public goods and services such as education and highways.

For policymakers who contemplate using incentives to stimulate growth, our findings serve as an additional warning.