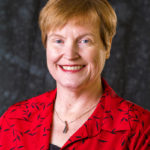 Janet Gibson, Professor of Psychology. Drop in and Draw at the Faulconer Gallery, July 23, 2014. (Photo by Justin Hayworth)

On Grinnell College Week:  How important is a sense of humor?

Janet Gibson, professor of psychology, explores how laughing can make a big impact on your psychological wellbeing.

My main focus of research is on implicit memory, the influence of past experience that facilitates or biases current performance in the absence of conscious recollection. I have explored this aspect of memory in the context of a) aging, b) problem solving, and c) its perceptual/conceptual nature. Other interests include executive functioning & memory, prospective memory & time management, the use of self-assessment scales of memory as tools for decision making, and the odd-even effect in Sudoku puzzles.

Humor is experienced in all cultures, from infancy through old age. But only in recent decades has experimental psychology respected it as an essential, fundamental human behavior. Historically, psychologists framed humor negatively, suggesting it demonstrated superiority, vulgarity, Freudian id conflict, or a defense mechanism to hide one’s true feelings. In this view, an individual used humor to demean or disparage others, or to inflate one’s own self-worth. As such, it was treated as an undesirable behavior to be avoided. And psychologists tended to ignore humor as worthy of study.

In writing an undergraduate textbook on the psychology of humor, I found that various psychology perspectives present extensive research on how we detect, comprehend, appreciate, and produce humor. Psychologists note that humor can be used to make others feel good, to gain intimacy, and to help buffer stress. Further, in positive psychology, a field that examines what people do well, humor is viewed as a character strength. A sense of humor, along with gratitude, hope, and spirituality, help us forge connections to the world and provide meaning to life. Appreciation of humor correlates with other strengths, too, such as wisdom and love of learning. And humor-focused activities and exercises may result in increased feelings of emotional well-being and optimism.

While we may not agree on what’s funny and what isn’t, there’s more consensus than ever among experimental psychologists that humor is serious and relevant to the science of behavior.