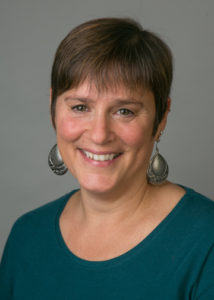 We’ve all heard about the fate of the children at the U.S.-Mexico border.

Anne R. Roschelle is a Professor of Sociology and Chair of the Department of Women’s, Gender, and Sexuality Studies at the State University of New York at New Paltz. Dr. Roschelle’s research and teaching interests include racial ethnic families, poverty and homelessness, race, class, and gender inequality, and welfare reform. In addition, Anne has conducted research in Cuba and Guatemala. Dr. Roschelle is the author of No More Kin: Exploring Race, Class, and Gender in Family Networks (Sage, 1997), which was a recipient of Choice Magazines 1997 Outstanding Academic Book Award. Anne has published numerous journal articles and has recently completed a book on homeless families in San Francisco, which will be published in fall 2019 (Lexington Books). Dr. Roschelle’s new research focuses on unaccompanied minors in the Hudson Valley, immigration, and deportation.

The Humanitarian Crisis at the Border

The massive surge of unaccompanied minors from El Salvador, Honduras, and Guatemala is a humanitarian crisis. Beginning in 2011, the United States government reported a dramatic rise in the number of unaccompanied children crossing the southwest border of the Rio Grande.

United States foreign policy and the ravages of civil war in the region during the 1980s have contributed to the socio-economic conditions underlying this crisis. Extreme poverty, malnutrition, sexual violence, gang violence, and family reunification are the primary reasons these children are fleeing their homes. Many of these kids are revictimized or trafficked on their journey from Central America to the United States. Female migrants make the journey knowing they will likely be raped. Unaccompanied migrant children are in desperate need of medical and mental health services when they arrive in the United States.

When migrant kids are apprehended at the border, they are placed in shelters for approximately three months before being reunited with family or placed in foster care. Once they are released to family members unaccompanied minors have limited access to physical and mental health care. Navigating the morass of social services is exacerbated by language barriers, lack of transportation, and undocumented immigration status.

Given the enormous trauma suffered by these kids, the lack of services is devastating. Migrant children need long-term mental health care to alleviate their trauma and medical care for malnutrition, untreated illness, and physical harm. The first step toward meaningful social policy is to provide bilingual medical and mental health care for these unaccompanied minors.