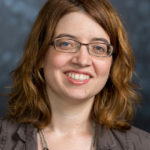 On Grinnell College Week: Can you have too much of a good thing?

My primary research interest is ingestive behavior – specifically, the role of learning in food choice and food motivation, with a particular focus on how these influence, and are influenced by, obesity. My lab uses a rat model to study the behavioral and neural mechanisms underlying these processes using a variety of biological and behavioral techniques.

Too Much of a Good Thing

Sometimes the consequences of overindulgence are quickly apparent– a stomachache from too much sugar, a hangover after a night out drinking, sunburn from a day at the beach – and sometimes they appear over a longer time – weight gain, diabetes, addiction, skin cancer.   But one thing is almost certain: over time, too much of a good thing makes it not so good.  And, worse, it can make other pleasurable things not so good either.

My research focuses on the long-term effects of overeating sugary, fatty foods on the brain and behavior, specifically on our motivation for food and other rewards.

So that we can better control their diet, our lab studies rats. We were somewhat surprised to find that after eating a diet high in fat and carbs, the rats were less willing to press a lever to earn sugar pellets compared to rats eating basic, low-fat rat chow.

Not only were these rats less motivated by sugar, they also found drugs, and even the high-fat food itself, less rewarding.  The more novel the reward, and the longer they’d been eating the high-fat diet, the less motivated the rats were to change their behavior and work for any rewards.

To understand what was happening in the brain, we looked at the dopamine system, which influences how we learn about and respond to pleasurable things. My research, and that of other labs, has found that consistently eating a diet high in fat disrupts the normal function of the dopamine system in both rats and humans.

When dopamine function diminishes, with it goes the motivation to learn new rewarding patterns of behavior, such as eating different types of foods or exercising.  So our brain keeps us in the habit of eating these same foods, even though we may no longer “want” them, continuing the vicious cycle of too much of what was once a good thing.