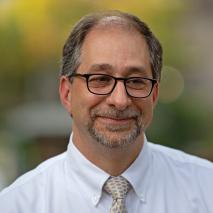 Warren Haffar is Director of the International Peace and Conflict Resolution MA Program.  He received his Ph.D. and MA in Conflict Analysis and Peace Science from the University of Pennsylvania in 1996, and his BS in Political Science from the University of Utah in 1990.  In his 15 years at Arcadia he’s developed expertise in international development and conflict resolution, teaching  graduate and undergraduate field study courses in East and West Africa, Latin America, Northern Ireland, Cyprus and South Korea.  He came to Arcadia in 2000 from the Project on Ethnic Relations in Princeton, an NGO that conducts programs of high-level intervention and serves as a neutral mediator to prevent ethnic conflict in Central and Eastern Europe, the Balkans and the former Soviet Union.  He is a certified mediator and has practitioner experience developing consensus based sustainable development strategies for the state of Pennsylvania.

He has been active administratively while at Arcadia, being elected to faculty council and the University’s promotion and tenure committee.  He co-led a task force that redesigned the university general education requirements, passed by faculty with a 90% vote.  He received a grant from the President’s office to launch the Center for Peace Research in Tanzania.  As Director of the International Peace and Conflict Resolution program for 13 years, he created dual degree programs with International Public Health, Trauma Counseling Program and Graduate School of Education.

prevent us from knowing others in close proximity. Formed by our experience and

shaping the choices we make, from the bus stops we choose, the routes we walk, and

who we interact with in our daily routines. In short, mental maps serve as the basis

for much of our everyday behavior and the habits we have that influence our behavior.

Nicosia, the capital city of the Republic of Cyprus, has the distinction of being the last

officially divided capitals in the world, with a United Nations buffer zone dividing

residents between the recognized Republic of Cyprus and the unrecognized Turkish

Republic of Northern Cyprus. The buffer zone keeps residents of the south and the

This research examines the impact of this division, exploring how perceptions

other. Residents were asked to draw maps to illustrate their spatial awareness of the

city. Results showed that despite the opening of UN check points in 2003, Nicosia’s

residents remain divided in their perceptions of their common urban landscape,

suggesting that shared space is often anything but, and that people living in close

proximity often live worlds apart, both in mind and in daily routines.

habituated to division, even in shared space. This applies not just to cities like Nicosia

with formal walls, but to almost all cities where people live side by side but in