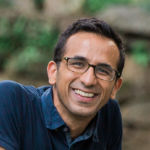 On Swarthmore College Week: Academics can have an impact in the community.

Syon Bhanot is an Assistant Professor of Economics at Swarthmore College, studying behavioral and public economics. Syon obtained his PhD in Public Policy at the Harvard Kennedy School in 2015. In addition to his doctoral work, he completed an M.P.P. at the Harvard Kennedy School in 2009 and a B.A. in Public Policy and International Affairs at Princeton University in 2006. His research focuses on designing, implementing, and evaluating field experiments that use behavioral concepts to influence decision making.

The work described here would not be possible without the support of The City of Philadelphia, The Lang Center for Civic and Social Responsibility at Swarthmore College, The Fels Policy Research Initiative at the University of Pennsylvania, and the many city departments and academic experts who have worked together to incubate and cultivate projects together. Funding support has also been provided by Swarthmore College, the University of Pennsylvania, the Knight Foundation, and ideas42.

Philadelphia is home to over 1.5 million people. Like many other large American cities, it faces a number of public policy challenges, from reducing crime and litter to supporting low-income residents. In recent years, the city has turned to behavioral scientists to support their work.

What is behavioral science? Many models of human behavior in the social sciences suggest that humans are by-and-large rational. But behavioral scientists argue that this is not always the case. In the last 50 years, there has been a stream of research showing that humans display systematically irrational behavior – we regularly overeat, under-exercise, and under-save. Behavioral scientists argue that by broadening our view of human behavior, we can develop policy tools built for humans, not rational automatons, thus making public policy more effective.

Since 2016, city officials have worked with a team of local academic researchers to build the Philadelphia Behavioral Science Initiative (or PBSI). This collaborative effort is dedicated to using behavioral science to enhance policy operations in the city.

One of our projects studies the challenge of litter in public areas. The city and PBSI have run a series of randomized control trials to test different methods to reduce litter, including distributing recycling bins, and varying the location and number of trash receptacles. These efforts have helped the city adopt a more evidence-based approach to policymaking.

PBSI is currently working on over a dozen projects, including increasing participation in the city’s wellness program, boosting parent and teacher engagement in schools, and encouraging voting, among others. In the near future, we aim to tackle other big issues, from poverty and inequality to the opioid crisis.