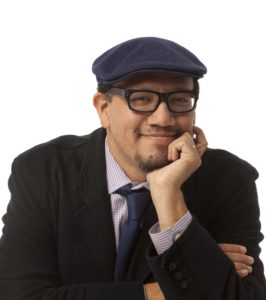 Edwin Mayorga, assistant professor of educational studies, explores helping this group now and in the future.

A parent-educator-activist-scholar, Edwin Mayorga is Assistant Professor of Educational Studies and Latin American and Latino Studies at Swarthmore College (PA). His scholarship examines a number of different areas in educational studies including urban educational  and social policy, critical ethnic studies and participatory action research. He currently directs two projects, the Education in our Barrios Project (#BarrioEdProj), a youth participatory action research collaborative based in Latinx core communities in Philadelphia, and the Community Schools College Partnership study which examines K-12 school and community partnership models in Philadelphia.

The BarrioEdProject would like to acknowledge all of the youth co-researchers who have co-lead the project, as well as Swarthmore College, the Lang Center for Civic and Social Responsibility, Esperanza Academy Charter School, Furness High School and South Philadelphia High School for their financial and social support over the years.

Across the country, Latinxs–or people of Latin American heritage–experience the second highest rates of poverty amongst all racial/ethnic groups. The effects of poverty are experienced mostly by Latinx youth, since a large percentage of the US Latinx population is under age 25. The struggles and strengths of Latinx youth continue to be overlooked and under-researched, including how poverty, racism, and sexism negatively impact their mental health and wellness, and how they creatively develop strategies to deal with these issues.

#BarrioEdProject, a participatory action research collaborative that brings together Latinx high school and undergraduate youth, is filling this knowledge gap and advocating for change.  We begin with the simple, yet undersubscribed premise that youth possess knowledge and skills that best position them to be researchers and activists in their communities. We wanted to better understand the conditions of anxiety and depression that youth and their peers experienced, and especially why so few sought help.

The answer to this question lies in how normal trauma became for youth. Our findings are based on interviews and observations conducted by the research collaborative as part of a city-wide study of Latinx youth mental health in Philadelphia. We found that many Latinx youth experience bullying and verbal abuse so frequently, and in such mundane institutionalized contexts like school, that they began to normalize their trauma. Added to this, they felt invisible to authority figures and institutions that are charged with caring for them, and culturally dislocated because of pressures to assimilate. These conditions contributed to the normalization of their experiences with repetitive and historical traumas.

If the Latinx population doubles by 2050, as projected, the mental health and wellness of Latinx youth will be an increasingly critical issue to be collectively addressed by researchers, policy makers, health providers and the broader public.