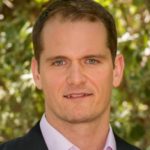 LSD could be your future treatment for depression.

David E. Olson, assistant professor in the Department of Chemistry and the Department of Biochemistry & Molecular Medicine at the University of California, Davis, explores how psychedelic compounds could treat disorders of the mind.

David studied chemistry and biology at Union College under the guidance of Joanne Kehlbeck, and received his Ph.D. in chemistry from Stanford University working in the lab of Justin Du Bois.  After his graduate work, he completed postdoctoral training in neuroscience at the Stanley Center for Psychiatric Research at the Broad Institute of MIT and Harvard.  David joined the faculty at UC Davis in 2015, where he established a research program at the interface of chemistry and neuroscience.

Psychedelics as Treatment for Depression

Psychedelic compounds, like LSD, are drugs of abuse that are typically associated with their ability to induce altered states of consciousness.  In recent years, a number of clinical trials have demonstrated that these compounds may have potential for treating various mood, anxiety, and substance use disorders, however, their mechanism of action remains opaque.

One of the hallmarks of depression and related disorders is the atrophy of neurons in the prefrontal cortex—a key brain region involved in regulating fear and reward.  We hypothesized that psychedelics might repair these damaged circuits by promoting the growth of these critical neurons.

To test our hypothesis, we grew cortical neurons in the lab and treated them with a wide variety of structurally distinct psychedelic compounds including LSD, DMT, and MDMA.  Psychedelic treatment caused these neurons to grow more dendritic branches, dendritic spines, and synapses—the key elements that allow for communication between neurons.  We confirmed that psychedelics induced similar changes in vivo using both invertebrate and vertebrate model organisms, which suggests that these compounds impact neuronal structure via an evolutionarily conserved mechanism.

The mechanism by which psychedelics increase neuronal growth is still not well understood, but the cellular effects of these compounds seem to mimic those of ketamine—the current state-of-the-art fast-acting antidepressant.  While the principal targets of psychedelics and ketamine are distinct, they all activate mTOR—a key protein involved in cell growth.

A better understanding of mTOR signaling could lead to more effective and safer medications for treating a variety of neuropsychiatric disorders including major depressive disorder, post-traumatic stress disorder, and substance use disorder.  While most people view psychedelics merely as drugs of abuse, it is clear that they are also powerful tools for understanding the basic neurobiology of these diseases, and can potentially serve as starting points for the development of new therapeutics.