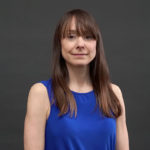 Jennifer Pomeranz, assistant professor of public health policy and management at New York University, discusses why state laws can be important for our health.

Professor Jennifer Pomeranz is a public health lawyer who researches policy and legal options to address the food environment, obesity, products that cause public harm, and social injustice that lead to health disparities.

Prior to joining the NYU faculty, Professor Pomeranz was an Assistant Professor at the College of Public Health at Temple University and in the Center for Obesity Research and Education at Temple. She was previously the Director of Legal Initiatives at the Rudd Center for Food Policy and Obesity at Yale University. She is the Policy Chair of the Health Law Section of the American Public Health Association. She has also authored numerous peer-reviewed and law review journal articles and a book, Food Law for Public Health, published by Oxford University Press in 2016.

In the United States, the primary public health concerns have progressed from communicable diseases to harm-causing products such as tobacco, food, drugs, and firearms, where the problems and solutions directly implicate business interests. The government historically addressed harmful business practices through protective policies or affirmative litigation. However, businesses are now using their political strength to defeat public health policymaking and litigation at the outset, by urging the federal and state legislatures to enact preemptive laws. Preemption is when a higher level of government withdraws or limits a lower level of government to act.

Multinational corporations, their trade associations, and front groups have encouraged states especially, to pass preemptive laws on a wide range of public health issues. One topic that is increasingly the target of preemption is food and nutrition policies. Our study found that between 2003 and 2013, 26 states preempted private and government litigation in the context of food. We also found that between 2008 and March of 2018, 12 states enacted 13 preemptive laws on food and nutrition policies, such as nutrition labeling, portion size, food and beverage taxes, and broad and undefined topics such as “food based health disparities.”

Since data collected ended in March, two more states preempted local governments from enacting sugary beverage taxes, bringing the total to 14 states with 15 preemptive laws in this context. Local governments are in a prime position to address fundamental public health concerns such as health disparities, access to healthy food, and the cost of unhealthy food. Yet, our research shows that they are increasingly not able to act to protect the health of their communities due to state preemption.