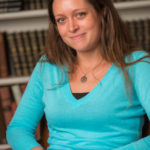 On Roanoke College Week: In the wake of the MeToo movement, many have had to rethink their favorite celebrities.

Lindsey Osterman, assistant professor of psychology, determines that not everyone has turned away from the accused.

Dr. Lindsey Osterman, assistant professor of psychology, teaches classes ranging from social and evolutionary psychology to quantitative methods as they relate to the field. Her research interests include rejection and acceptance; altruism and prosocial behavior; aggression and violence; suicide and self-destructive behavior; and social and “parasocial” relationships.

Perceptions of Actors after #MeToo

Think about a celebrity or public figure that you like—perhaps a stand-up comedian, or actor, or politician. Maybe you like them because you identify with them, or you can imagine yourself being friends with them. Now, imagine that a scandal breaks about this person: they’re exposed for embezzling, assault, or sexual harassment. If you followed the viral spread of the #MeToo Movement, you may not have to imagine how you would feel.

Late last year, sexual misconduct scandals broke about dozens of high-profile celebrities, many of whom were beloved. The public conversation that followed was heated and opinions on many cases were divided. Some people stood by the accused individuals and defended their behavior, while others castigated them.

We asked people how close they felt to these celebrities, their perceptions of the sexual misconduct, and whether or not they had forgiven the celebrities. Participants who felt closer to a particular celebrity also thought that he was less responsible for his behavior, were more forgiving of him, and had fewer intentions to stop viewing or supporting his work. However, these findings were only true for Ansari and C.K. (the lower-severity incidents); people who felt closer to Kevin Spacey actually judged his behavior more harshly, and were not more likely to forgive him.

These findings suggest that as in face-to-face relationships, we judge the behavior of media figures that we like differently from people whom we don’t like.