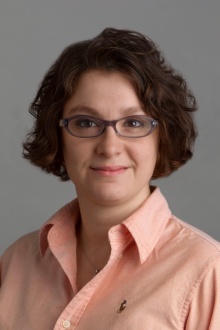 Have we found one of the genes responsible for aging?

Ekin Atilla-Gokcumen, assistant professor of chemistry at the University at Buffalo, explores senescence and one gene that stops cells from dividing later in life.

Ekin Atilla-Gokcumen is a chemical biologist who studies lipids, a class of organic molecules that includes fats, waxes and sterols like cholesterol.

Atilla-Gokcumen is among scientists whose work has shown that lipids play a more active role than previously thought in various cellular processes, potentially influencing human health and disease. Among other topics, her research has investigated how lipids are involved in cellular aging, cellular senescence (a process in which cells cease to divide) and cell death, also known as apoptosis and necroptosis.

Atilla-Gokcumen can also discuss scientific advances that are enabling scientists to do powerful research with “omics” approaches (such as lipidomics, transcriptomics and genomics). These methods facilitate the large-scale, collective characterization and analysis of biological molecules and genes in cells and organisms.

When cells in our bodies are young and healthy, they make copies of themselves through a process called cell division.

This is how injuries heal. It’s how skin regenerates when we slice a finger.

As cells age, however, they stop dividing.

This process, called cellular senescence, is one focus of my research.

Senescence is interesting for a couple of reasons. First, it seems to play a role in how we age. Senescence could contribute to age-related diseases, such as arthritis, cataracts and heart disease.

Senescence is also linked to cancer, but in a different way. Studies show that many cancer cells bypass this normal event to divide uncontrollably, causing tumors to grow.

To learn about senescence, my colleagues and I catalogued all of the genes that kick into high gear when cells stop dividing. Our analysis identified a gene called CD36 as one of the two that ramp up their activity the most.

When we did tests on CD36, we found something very surprising: The gene can actually trigger senescence.

When we increased CD36 activity in young, healthy cells, those cells stopped dividing. So did other nearby cells in the same petri dish.

Though CD36 is not the only gene involved in senescence, our results suggest that it may play an important role.

There is still a lot that we don’t know about this gene. Scientists believe that CD36 is involved in helping cells import and use vital molecules called lipids, among others. But the gene’s exact role in senescence remains a mystery — a topic of future study, perhaps, for scientists interested in aging and cancer.