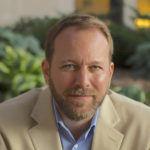 On Carleton College Week: Have you been the victim of a “bias incident?”

Jeffrey Aaron Snyder, Associate Professor in the Department of Educational Studies, says when everyone reports bias, it is hard to tell who is really hurting.

Professor Snyder is a historian of education who studies the modern United States. His work explores the intersections between the history of education and broader trends in U.S. cultural and intellectual history, examining questions about race, national identity and the purpose of public education in a diverse, democratic society.

He is the author of the book Making Black History: Race, Culture and the Color Line in the Age of Jim Crow. His scholarship has appeared in academic journals such as History of Education Quarterly, Schools and Teachers College Record. He also writes frequently on educational policy, campus politics and academic freedom in newspapers and magazines such as Boston Review, the Chronicle of Higher Education and the New Republic.

Snyder holds a Ph.D. from New York University, an Ed.M. from the Harvard Graduate School of Education and a B.A. from Carleton College.

What do an “affirmative action bake sale,”  a snow phallus and Trump’s “Build a Wall” slogan have in common? They are all instances of alleged campus “bias incidents.”

So-called Bias Response Teams now adjudicate “bias incident” complaints at more than 230 colleges and universities across the country. They define a “bias incident” as conduct targeted against “an individual or group based upon actual or perceived identity characteristics.” These characteristics range from race, class and gender to age, height and weight. Incidents of bias, importantly, are not criminal acts. They may be intentional or unintentional. Examples include telling ethnic jokes, using language that objectifies women and making disparaging comments about someone else’s political beliefs.

Bias Response Teams are meant to promote “safe and inclusive” campus environments, especially for historically marginalized and underrepresented demographic groups such as students of color, immigrants and members of the LGBTQ community. They operate on the assumption that words have enormous power to cause psychological harm and emotional distress. The feelings, then, of the self-described “victims” of reported “bias incidents” are of paramount concern.

And who are the “victims”?

Students of all ethno-racial backgrounds, sexual orientations, political persuasions, religious affiliations and so on submit bias complaints. Consider these cases:

A black student reported that seeing a confederate flag on campus was deeply upsetting.

When students of every imaginable background claim to experience bias, it is hard to tell who is really suffering.