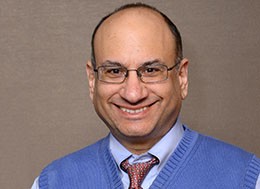 Do you always understand exactly what you’re signing?

Jeff Sovern, professor of law at St. John’s University, discusses the contracts we all tend to sign without really reading.

Jeff Sovern is a Professor of Law at St. John’s University in New York City where he teaches Civil Procedure, Consumer Protection and Introduction to Law.  The New York Times has called him “an expert in consumer law,” a statement echoed by the Chicago Tribune, and Mother Jones.

Sometimes companies selling to consumers misbehave. Their product may be defective, as with the General Motors ignition switches, or the company may not keep its promises. In such cases, consumers can sue in court. Because litigation is expensive, small consumer lawsuits may not make sense unless brought as class actions.

My colleagues Elayne Greenberg, Paul Kirgis, Yuxiang Liu and I wondered if consumers understood what they agreed to in these contracts. So we surveyed consumers to find out. We showed them a credit card contract with an arbitration clause and then we asked them questions about it.

We found that few consumers understand arbitration clauses. Even more troubling, many respondents believed they understood them—but didn’t. For example, more than three times as many respondents thought the arbitration clause permitted suits in court as correctly said it didn’t.   Similarly, only 12% recognized that the clause barred class actions, while four times as many believed that the contract allowed them. Overall, less than one percent of the respondents got all our questions right while 18% didn’t get any right.

Our study raises serious questions about whether consumers knowingly agree to give up their rights, including constitutional rights, in arbitration clauses.