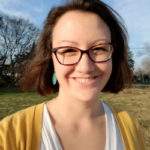 On Washington College Week: What determines the success or failure of a bird’s nest?

Jennie Carr, assistant professor of biology at Washington College, discusses her research on this topic.

My research focuses on avian behavior, ecology and thermophysiology.  I am particularly interested in how predators influence bird behavior and how perceived predation risk interferes with a bird’s ability to thermoregulate and maintain energy reserves in challenging thermal environments.  These studies are conducted on a variety of avian species in both the field and lab.

Field sparrows are considered common birds, but according to the North American Bird Survey, their populations have declined  65 percent from 1966 to 2010, largely due to loss of their preferred shrubby habitat.

For three summers, I have studied field sparrows nesting in the restored grasslands at the River and Field Campus at Washington College, researching whether the birds’ age has a bearing on nesting success.

The River and Field Campus is also home to the Foreman’s Branch Bird Observatory, whose long-term data collection and identification of birds gives us an extremely well-characterized population of field sparrows. We know exactly how old the returning birds are, which is a unique feature of our study system.

Along with staff and a small army of students, we found 324 field sparrow nests over three seasons. We video monitored the nests to determine the parents’ feeding rates. Unique color bands on their legs let us distinguish one parent from another.

This summer, we’re continuing to ask questions about field sparrow success and age, using the same habitat and the same birds, but testing whether nest location and construction influence success. These birds suffer high nest failure rates, and understanding the factors that contribute to their success may be critical in informing how land managers can help their recovery, along with the recovery of other grassland species.