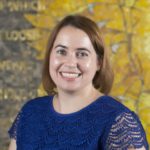 Got your facts straight?

Lisa Fazio, assistant professor of psychology and human development at Vanderbilt University, discusses how our fact-checking may not be as good as we think.

I study how people learn new information, both true and false, and how to correct errors in people’s knowledge. This includes how to mitigate the effects of reading false information and how to increase classroom learning. My research informs basic theories about learning and memory, while also having clear applications for practitioners, such as journalists and teachers.

Why We Stink at Fact-Checking

Let’s start with a quick quiz. How many animals of each kind did Moses take on the Ark? Did you answer “two”? Most people do … even though they’re well aware that it was Noah, and not Moses who built the ark.  This Moses Illusion is just one example of how people are bad at noticing factual errors in the world around them. Even when people know the correct information, they often fail to notice errors and will then go on to use that incorrect information in other situations. We call this knowledge neglect.

One way we study this knowledge neglect is by having people read fictional stories that contain true and false information. For example, a story about a summer job at a planetarium might correctly refer to Neil Armstrong as the first man on the moon, but incorrectly state that Saturn is the largest planet.

So, what can we do to prevent this knowledge neglect? Increased knowledge seems to help, but it doesn’t solve the problem. For example, people don’t try and answer the question “How many animals of each kind did Nixon take on the Ark?” But, even many biology graduate students don’t notice the error in “During which trimester can a single embryo split to form fraternal twins?”

The one thing that does seem to help is to act like a professional fact-checker. When participants are instructed to edit the story and highlight any inaccurate statements, they are less likely to learn the incorrect information.