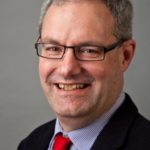 Slavery was profitable for many enslavers.

Lou Roper, professor of history at SUNY New Paltz, delves into how the British Empire used slavery to fuel its expansion in the 17th century.

I have taught full time at New Paltz since the Fall term of 1994 I am interested primarily in the creation and development of early American societies and the expansion of early modern European trading and colonization interests, as well as the history of the Americas and the British Isles between circa 1450 and 1815 in general.  Thus, I customarily teach United States History to 1865 (HIS221) and I will do so again in the Fall term of 2015 and the Spring of 2016.  This Fall I will also offer History of England 2 (from 1485-1715, HIS357) and the graduate version of Colonial America  (HIS522).  For further information on my courses, please contact me via e-mail.

All of my upper-division courses incorporate, with appropriate degrees of emphasis, material that deals with interaction between peoples, as well as political and social history and the consequences of those interactions, such as slavery as it existed in the Atlantic World between 1492 (Columbus’ arrival in the ‘New World’) and 1888 (emancipation of slaves in Brasil). I received my Ph.D. (History) from the University of Rochester (NY) in 1992 and am qualified to teach the entirety of United States History, American Indian history, plantation societies in the  Americas, and the history of early modern Britain and Ireland (1485-1837).

My research, which naturally dovetails with my teaching, investigates the formation of the English Empire (British after the Union of England and Scotland in 1707). I try to comprehend this subject in a transatlantic sense rather than from an ‘American’ or ‘imperial’ perspective. I am also very much interested in the character of colonial American societies and their connections with the wider world, in early modern Europe and in the expansion of European interests after 1400 and the effects thereof, and in historiography (especially of the United States).

Slavery and the British Empire

How did the British Empire take shape?  Why did England’s American colonies develop as they did?  My investigations into these questions have led me to discover that English imperial expansion accompanied increasing English involvement in the trans-Atlantic slave trade over the course of the seventeenth century.  As early as the 1620s, English people who sought profitable opportunities in the wider world recognized that trading in slaves, as well in the indentures of servants, constituted a prime vehicle for generating wealth.  Over the next three decades, networks of merchants and aristocrats along with their colonial associates became perfectly aware that slavery constituted the linchpin to prosperity in England and in its colonies.

Plantations required bound laborers as well an array of imports ranging from alcohol to apparel for their maintenance; merchants supplied these necessaries in return for the tobacco, sugar, and other commodities that Anglo-America exported.  To acquire African slaves for resale in America, as well as gold, ivory, and pepper, English traders provided the Indian fabrics that African merchants demanded; much of that African gold went to Indian merchants in exchange for those fabrics.  Fierce domestic and international competition, especially between the English and the Dutch, over these activities and others, notably the Indonesian spice trade, was naturally endemic.  The importance of the slave trade thus attracted government support to protect it.

Despite numerous setbacks, the pursuit of these endeavors secured English commercial and colonizing beachheads from Boston to Barbados to the Bight of Benin to Bombay where leaders on the ground created variations of the English social hierarchy and political culture that relied upon slavery—both directly and indirectly—in order to mimic the metropolitan theme.