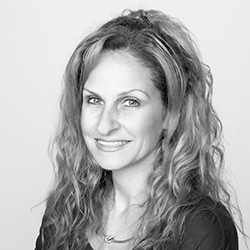 Joanne Donoghue, Assistant professor of Osteopathic Manual Medicine at the New York Institute of Technology, looks into a specific case where this may hurt some athletes.

Joanne Donoghue, Ph.D., has been involved in the development and supervision of the wellness program at NYITCOM for nearly 20 years. This program specializes in the rehabilitation of individuals with Parkinson’s disease and older adults. Her expertise is in exercise physiology and nutrition, which has been the focus of her clinical research for the past 10 years. In addition, Donoghue has served as a principal investigator on more than five clinical trials.

In 2012, she was awarded the Innovation Rapid Response Grant from the Michael J. Fox Foundation, observing the effects of tyrosine supplementation on autonomic dysfunction in Parkinson’s disease. Donoghue presented her findings at the International Movement Disorder Society in Stockholm, Sweden. Her research spans many populations relating to exercise and health improvement in geriatrics, as well as in young athletes. Her knowledge of physiology and metabolic testing in healthy and diseased populations has lead Donoghue to teach first- and second-year NYIT medical students, as well as physical and occupational therapy students. Her work has led to novel ways to improve quality of life for all ages.

While many gym-goers believe that eating less and exercising more is the best formula for losing and maintaining body weight, it may actually slow metabolism and eventually cause weight gain.

Undereating is common among recreational female runners, but many don’t realize it can create too wide a gap between caloric intake and expenditure. This poses a problem for female runners, who often face societal pressure to maintain their physique.

Females now make up 43% of marathon finishers in the U.S. – it’s at an all-time high. Yet most studies of female runners consist of the professional and elite, not recreational runners. With this in mind, we recruited 21 female recreational runners in their early 20’s, middle distance and long distance, and analyzed energy expenditure vs. caloric intake. Each runner self-reported daily food intake and mileage ran, while researchers measured resting metabolic rates – and the results were surprising.

While caloric intake was similar between the two groups, with both eating only slightly more calories than required by their resting metabolisms, the long distance group had a lower resting metabolic rate.

Although the long distance runners exercised significantly more, they consumed the minimal energy required to perform basic functions, such as breathing and digesting food. This creates a greater deficit between calories in vs. calories out, which can put the body into a starvation mode and slow the resting metabolism in order to conserve fuel.

These findings suggest that restricting calories can actually hinder fitness and weight maintenance goals in the young female recreational female runner, but much is still unknown about the recreational runner as she ages. We propose further research regarding the impact of running on metabolism, body composition, and hormones throughout the female life span.