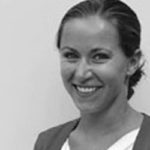 Emily Restivo, received her Ph.D. and Masters in Criminology from the Florida State University in 2011, and her Bachelor’s degree in Criminal Justice and Psychology from the University of Central Florida in 2006. Her primary research interests focus on the impact of formal labeling on subsequent criminal behavior, juvenile delinquency, and the impact of parenting on adolescent crime and delinquency. She has published work in Justice Quarterly, Acta Criminologica, Criminal Justice and Behavior, Crime and Delinquency, and Youth Violence and Juvenile Justice. She currently volunteers her time as a researcher and data analyst for the New Jersey Parent Caucus helping analyze the data that they have collected over the past six years in regards to their Youth Justice Initiative program that began in 2009.

Juveniles and the Prison System

Two of the most pressing issues in corrections today are the number of inmates with mental health issues and the over use of solitary confinement.

In 2015, President Obama ordered the Department of Justice to review the effects of solitary confinement on inmates due to the potentially damaging effects of prolonged isolation. The department concluded that inmates may need to be segregated from the general population on occasion, but as a matter of policy, solitary confinement should rarely be used.

However, solitary confinement continues to be applied to individuals under 18 years old who are waived into the adult system. Each year over 200,000 children and youth are tried as adults across the country.

Studies show that numerous adults with no history of mental health problems develop psychological symptoms in solitary confinement. For children and adolescents who are still developing and are more vulnerable to irreparable harm, the risks are magnified – particularly for youth with disabilities or histories of trauma and abuse.

Our results reinforce the need to hold youth in the juvenile justice system while awaiting trial. Additionally, our findings show that the mental health and safety of waived juveniles could be greatly improved if these individuals remain in youth facilities until the age of 21 and are withheld from the unnecessary use of solitary confinement for disciplinary reasons.