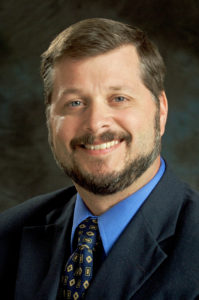 We’re still learning about the cities buried by Mount Vesuvius centuries ago.

Christopher Schmidt, professor in the department of anthropology at the University of Indianapolis, explores the people of one of these cities and how we’re learning more about them from their teeth.

Christopher W. Schmidt is Professor of Anthropology, Director of the Bioarchaeology Laboratory, and Director of the Anthropology Graduate Program at the University of Indianapolis. He received his Ph.D. from Purdue University in 1998, where he developed his expertise in bioarchaeology and dental anthropology.  His research efforts primarily focus on diet in ancient people.  But he is also engaged in research concerning cremation and the analysis of thermally altered human remains.  Recently he has developed the DENTALWEAR project, which is an international, collaborative effort to study dental microwear texture in ancient groups from around the globe.

The DENTALWEAR project includes people dating from the Upper Paleolithic to the 1800s; they come from every inhabited continent and a wide range of subsistence strategies.  To date, the project has yielded data from over 1,000 people.  Ultimately, the hope is to improve our ability to identify dietary regimes so that we are better at contextualizing cultural phenomena such as settlement patterns, disease prevalence, and violence.

Dr. Schmidt co-edited the volume, “The Analysis of Burned Human Remains” and is currently co-editing a volume entitled “Dental Wear in Evolutionary and Biocultural Perspectives”. He is past editor of the journal Dental Anthropology and is currently on the editorial board of the Journal of Paleopathology. His work has led to publications in a wide range of peer-reviewed journals spanning such research areas paleoanthropology, engineering, biological anthropology, archaeology, and forensic science.

The Teeth of Herculaneum

The eruption of Mount Vesuvius in AD 79 destroyed the nearby communities of Pompeii and Herculaneum and preserved them for researchers to study, generations later.

My colleagues and I are examining the remains of one group of 150 people from various walks of life in Herculaneum who had huddled together in boathouses, apparently hoping to make their escape. They provide a compelling view of the variation of a population’s diet on one particular day.

The technology we use for our research is called a white-light confocal profiler, a device that allows us to make 3-D representations of microscopic surfaces. It helps us understand how different foods change the surface of your teeth and how teeth wear down on a microscopic level.

The people of Herculaneum clearly ate a diet that was incredibly diverse as they enjoyed a robust trade economy.  They appreciated foods from Italy as well as other parts of Europe and beyond into Asia and Africa as well.  And you see this in their teeth.

There’s not a huge difference in what males and females, young and old, people of wealthy and modest backgrounds ate. Overall, everyone’s pretty much eating everything.

We do know, at least preliminarily, that we seem to have people representing a fairly wide swath of the Roman world: people from the Italian peninsula and from other parts of Europe, from Western Asian regions, and at least one person who would appear to perhaps have origins in Africa.

A group that at some level reflects the fact that Herculaneum was a hub, a place with people from different parts of the world coming together to live there or to be there.

At least for a while.