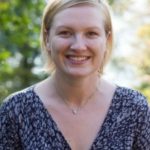 Elise Carlson-Rainer, assistant professor of International Relations at American Public University, discusses how public perception of these government workers might need an update.

Dr. Carlson-Rainer serves as doctoral faculty in international relations at American Public University System, and is a former American diplomat who worked under three secretaries of state and two presidential administrations in the Bureau of Democracy, Human Rights and Labor on the Middle East team.

Role of Bureaucrats in Foreign Policy and LGBTI Rights

Bureaucrats can be surprising central actors in social movements. Long-standing institutional processes and systems can be a critical firewall against sweeping changes by any new political party or leader.

A hallmark of the Obama Administration U.S. foreign policy was incorporating LGBTI rights in American diplomacy. Diplomats worldwide continue to advocate for ending LGBTI legal discrimination and extreme violence. With the change to republican leadership, this new policy has yet to be tested.

Last year, former Secretary of State Rex Tillerson shocked many when he acknowledged the Transgender Day of Remembrance, recognizing those who have lost their lives globally to acts of violence. Observers may not have expected this statement from the Trump Administration. However, a robust bureaucracy and actors inside the State help to explain Tillerson’s actions.

Social movements can be championed from both outside and inside the state. For example, feminist activists or “femocrats” throughout federal and local government have worked towards incremental larger goals of women’s equality. Insider government allies have served in key roles for gaining access to institutions and mobilizing public resources towards their goals.

When overwhelming media attention is given to executive leadership, it is easy to forget civil servants. Their perspectives, political leanings, and backgrounds impact what incremental policies are followed, revoked, and revised.  Insider actors, even in low level offices, can and do resist removing human rights from U.S. foreign policy goals.

American civil society groups who largely choose tactics of resistance, could more effectively come into the halls of power, develop and strengthen alliances from within government, in order to achieve their long-term goals.