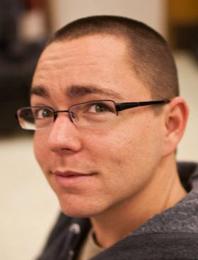 Is a good leader always able to rally the troops?

Jonathan Pruitt, associate professor in the department of ecology, evolution and marine biology at the University of California Santa Barbara, explores this question.

The great man theory posits that to understand history, one need only really understand its greatest heroes and villains.  Influential individuals emerge in a variety of non-human animals as well. In the social spider Stegodyphus dumicola, for instance, rare bold individuals are known to shape the collective behavior and success of their society.

In a recent study, we were able to show that the effects of bold individuals on colony behavior varied across environments. When bold individuals were present in colonies in arid desert sites, they increased colony aggressiveness; which increased the chances that their colony would survive.

In contrast, at wet sites, adding bold individuals to colonies had no effect on the colony behavior or survival.

Thus, great influence appears little to do with the traits of leaders per se, but instead emerges due to the social susceptibility of the population majority. In the hands of the truly socially susceptible, anything even coarsely approximating the traits of a leader will apparently do the trick.