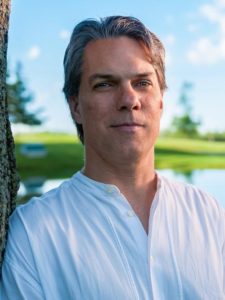 Did the Erie Canal start a religious movement?

Brent Rodriguez-Plate’s teaching and research explores how human sense perceptions affect ways of being religious, and how the operations of religious traditions impact our sensual encounters. Investigating the material cultures of religious traditions, Plate’s work is interdisciplinary, moving between developments in cultural anthropology, art history, film studies, and cognitive science, along with religious studies. Book-length publications include Blasphemy: Art that Offends (2006), Religion and Film (Wallflower Press, 2008), The Religion and Film Reader (2007), and A History of Religion in 5½ Objects (2014). He is co-founder and managing editor of Material Religion: The Journal of Objects, Art, and Belief, and serves on the editorial boards of the Journal of the AAR, and others.

The Erie Canal and the Birth of American Religion

Two hundred years after the beginnings of the Erie Canal, we can pause to reflect on its influence. My research suggests the Erie Canal is the outstanding example of the human artifact creating new religious movements rapidly in the whole of history.

Within three decades of its opening this “psychic highway” cultivated experimental spiritual groups including the Mormons, the Adventists, Spiritualism, a revived Apocalypticism, utopian communal societies such as the Oneida Community, with the Amana Colony and the Shakers passing through, as well as the emotion-laden revivals of the Second Great Awakening. The Canal also engendered the religiously infused social movements of the abolition of slavery, women’s suffrage, and temperance.

Far from church authorities that dominated European and New England life, the canal provided ample imaginative possibilities for working toward God’s kingdom on earth. Like the Silk Road in Asia, the Erie Canalway spilled over its basic transportation use to become an empire builder, a political-economic empire that was inextricable from a spiritual empire. The inland route was understood as God’s gift to the fledging nation, inspiring citizens to move west and glean benefits from the riches of the continental interior. National theologies about manifest destiny flowed from this technological wonder.

Later, when telegraph and railroad lines were established, the canal’s influence declined. Even so, these new routes followed the path of the canal and fed off the established urban areas: canal towns became rail towns, and what were once new spiritual experiments became part of the establishment, primed and ready for export across the westering country.