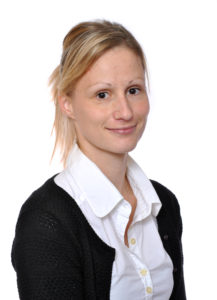 On this Student Spotlight: Is a popular drug for hypertension putting patients at risk for cancer?

Sidsel Arnspang Pedersen, PhD candidate at the University of Southern Denmark, explores whether you should ask your doctor about high blood pressure medication.

I am a medical doctor, and at the moment writing a PhD thesis, dealing with the drug hydrochlorothiazide and increased risk of skin cancer.

I have a special interest in photosensitizing drugs and their association to skin cancer.

Hydrochlorothiazide Use and Risk of Non-Melanoma Skin Cancer

We used the unique nationwide Danish health registries, which contain detailed data on cancer diagnoses and use of prescription drugs since 1995 for the entire Danish population of more than five million residents. Using these extensive data, we could investigate with great precision if users of hydrochlorothiazide are more frequently  diagnosed with skin cancer.

First, we identified 80,000 patients with a first diagnosis of non-melanoma skin cancer. We also identified a control group of one-and-a-half million persons without skin cancer. For all these individuals, we used nationwide data on filled pharmacy prescriptions to calculate how much hydrochlorothiazide the study subjects had used prior to the date of skin cancer diagnosis among the ‘case’ subjects.

And the result was clear: the more hydrochlorothiazide a person had used, the higher the risk of skin cancer.

The risk of the most common skin cancer, basal cell carcinoma, was increased by a modest 30% among long-term users.

However, the less common, but more serious type of non-melanoma skin cancer – squamous cell carcinoma – displayed a much stronger association with hydrochlorothiazide use, with long-term users of hydrochlorthiazide experiencing a four-fold increased risk – increasing to a more than 7-fold increased risk among those with longest use of the drug.

Many other antihypertensive drugs are available, with no association to non-melanoma skin cancer and thus the use of hydrochlorothiazide could be reconsidered, notably among individuals at high risk of skin cancer. However, an increased risk of skin cancer does not generally impose serious health consequences, and thus it is important that any changes in antihypertensive therapy are performed in consultation with the general practitioner or internist responsible for the patient’s therapy.