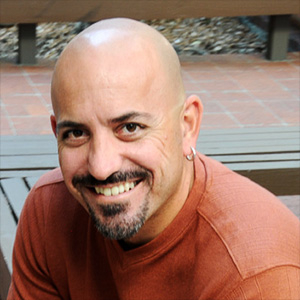 Hollywood has a diversity problem.

Roberto Pedace, professor of economics at Scripps College, examines the reasons behind the lack of female and minority lead characters in films.

Roberto Pedace is Professor of Economics in the department of economics at Scripps College. Prior to this, he was an associate professor in the Drucker School of Management at Claremont Graduate University and chair of the economics department at the University of Redlands. There, he was nominated for both the “Innovative Teaching” and “Outstanding Teaching” awards. He completed his Ph.D. at the University of California, Riverside in 1999 and has held positions at the U.S. Census Bureau and Claremont McKenna College. Professor Pedace’s research interests are broadly in the area of labor and personnel economics. His work addresses a variety of important public policy issues, including the effects of immigration on domestic labor markets and the impact of minimum wages on job training and unemployment. His published work has appeared in the Southern Economic Journal, the American Journal of Economics and Sociology, Contemporary Economic Policy, the Journal of Sports Economics, and other outlets.

Are diversity issues and, more specifically, the lack of non-white and female lead characters in Hollywood films driven, in part, by economic concerns from movie studios?  An analysis of over 800 films sampled between 2005 and 2012 suggests the answer is “yes.”

Many actors and activists have raised concerns related to diversity in Hollywood films.

Our data supports the view that demographic disparities exist.  In our sample of films, only 28 percent have a female first lead character and only 19 percent have a non-white first lead character.  These figures are in stark contrast to the population demographics of the U.S., where the Census Bureau reports approximately 51 percent female and 35 percent non-white or Hispanic.

We examine the relationship between cast demographics and theater audiences while simultaneously controlling for numerous factors that may affect a movie’s success.  The goal is to analyze potential gender and racial biases from the consumer side through their influence on box office revenue both domestically and internationally.

We find no persuasive evidence of gender diversity on movie revenue.  However, we do find evidence that the racial diversity of a film’s cast has a significant negative effect on international box office revenue.  The effect of cast race characteristics on movie revenue disappears in the domestic market, but persists in the international market even after controlling for key film characteristics.  Since international box office revenue is now more than twice as large as domestic revenue, the economic incentive for studios to cater to the preferences of international audiences is larger than ever.

The results provide convincing evidence that studio executives have legitimate concerns about the relationship between diversity and revenue.  Negative effects of characters being non-white could explain the racial disparity observed in Hollywood films as a decision motivated by profits.