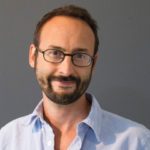 We all remember going through puberty.

Paolo Forni, assistant professor of biological sciences at the University at Albany, explores why this rite of passage is delayed for some.

From the Nose to the Brain

Puberty is the process of physical changes that allows our body to reach sexual maturity in our younger years. The hormonal changes that trigger puberty are controlled by the brain, where there is a specialized population of neurons that produces the gonadotropin releasing hormone also known as GnRH. These neurons, called GnRH neurons, modulate the release of signaling molecules, from the brain, that instruct the ovaries, in females, and testes, in males, to produce sex hormones.

During embryonic development, the GnRH neurons first form in the nose and then they migrate into the brain.

Unusual migration of the GnRH neurons to the brain can negatively affect the production of sex hormones and therefore the onset of puberty.

Delayed or absence of puberty can be related to having a defective sense of smell.  In humans, this is called the Kallmann syndrome.

The formation of the GnRH neurons in the nose and the reduced sense of smell in individuals affected by Kallmann syndrome led to the prevailing idea that the GnRH neurons migrate from the nose to the brain along the olfactory neurons.