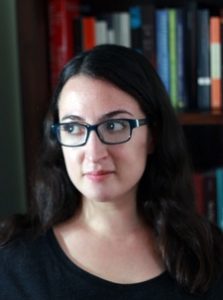 There’s been a sea change in how we think of sexual harassment, but has it been enough?

Kate Manne, assistant professor of philosophy at Cornell University, discusses why our attitudes are still not where they need be.

​​I’m an assistant professor of the Sage School of Philosophy at Cornell University, where I’ve been teaching since 2013. Before that, I was a junior fellow at theHarvard Society of Fellows from 2011 to 2013. I did my graduate work in philosophy at MIT from 2006 to 2011, with the generous support of a General Sir John Monash scholarship. I was an undergraduate at the University of Melbourne (my hometown), where I studied philosophy, logic, and computer science.

If you want to get a quick sense of my interests, I was interviewed by Justin Caouette for the blog of the APA (American Philosophical Association) in January 2016. I was also interviewed by Clifford Sosis about a wide range of topics for his website, “What is it Like to be a Philosopher?” in January 2018.

I recently published an academic/trade “crossover” book called Down Girl: The Logic of Misogyny (Oxford University Press: New York, 2018) about the nature, function, and persistence of misogyny. You can read more about it at katemanne.net/book.

In the wake of the #MeToo campaign, we must ask ourselves the question: “How have we contributed to the silence surrounding sexual assault and harassment?” And, often, the answer is that we only believe the victims we want to: and, conversely, we only heed the evidence against those men we’re not invested in believing in.

It’s very easy to condemn the likes of Harvey Weinstein now. A few months ago, it wasn’t—and, with regard to many serial sexual predators and other perpetrators, it still isn’t and never will be.

So consider how you think about the Harvey Weinsteins of the world whose reputation is still intact, or who’s your boss, or your colleague, or friend, or family member, or favorite sport star, or a public figure you admire—or just somebody you currently think of as a “good guy.”

Often, in such cases, victims are silent because they correctly anticipate we’ll choose to avert our eyes from the evidence of his wrongdoing, or indulge in what I call ‘himpathy,’ i.e., an excessive sympathy for privileged male perpetrators with ostensibly bright futures. Some people also find spurious reasons to suspect her of having nefarious motives, accuse her of “playing the victim,” engage in collective retaliation, or erase her from the discourse altogether.

So we are not in the dark simply because his victims are silent. Often, we choose not to believe them. Yet more bitterly, we do believe them, but just don’t care sufficiently to change our attitudes or actions toward the perpetrator on this basis. The majority of Americans believed that Donald Trump had a long history of sexual assault and harassment. Many of those in that majority just didn’t care enough not to vote for him.