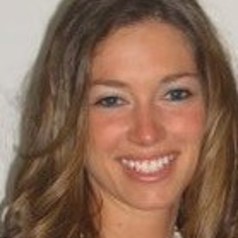 We must never break the chain.

Christine Blackburn, postdoctoral research fellow at Texas A&M University, examines how easy it is for a small break in a supply chain to have lasting effects on many industries.

Dr. Blackburn received her PhD in 2015 from Washington State University as part of the Individual Interdisciplinary Doctoral Program. This program requires specialization in a minimum of three fields. Dr. Blackburn chose political science, communication, and veterinary clinical sciences/global animal health. For her doctoral work, she constructed a mathematical model that allows for quantified policy and communication inputs to determine how different disease intervention policies and communication strategies impact the spread of a disease outbreak. Following the completion of her doctoral degree, Dr. Blackburn worked as a postdoctoral researcher in the Field Disease Investigation Unit in the College of Veterinary Medicine at Washington State University. During this appointment, she worked on a variety of projects, including seasonal prevalence of E. coli in dairy and beef cattle, health differences from feeding dairy calves milk replacer vs. real milk, and the impact of Bifidobacterium on the health development of dairy calves. Dr. Blackburn is currently a postdoctoral researcher with the Scowcroft Institute of International Affairs in the Bush School of Government and Public Service at Texas A&M, conducting research on various aspects of pandemic disease policy and control.

Weaknesses in the Global Supply Chain

The United States relies on a finely tuned network known as the global supply chain to deliver critical medical supplies, pharmaceuticals, coal, and even food. For example, most grocery stories only maintain a two week inventory for non-perishable items, less for perishable, and most hospitals get deliveries of critical pharmaceuticals as many as three times per day.

With modernization and advances in technology, the economy has transformed to encourage the concept of comparative advantage, meaning countries are economically incentivized to produce only goods they can make more efficiently than anyone else and to import all other goods. This economic change has made the supply chain central to the American way of life, but it is also extremely vulnerable to disruptions by natural disaster, man-made disaster, or disease.

The impact of Hurricane Maria on the supply of small IV saline bags within the U.S. mainland is a warning of the weaknesses in the supply chain system. When Hurricane Maria hit Puerto Rico, it wiped out electricity to the three Baxter International plants located on the island. These three plants produce 43% of the United States’ small bag IV saline. The disruption in production caused by the hurricane led to a shortage that has only been exacerbated by the severity of this year’s flu season.

If a supply chain disruption were to occur in a foreign country as opposed to a U.S. territory, the situation could be far worse. Ninety-five percent of America’s generic pharmaceutical supply is produced offshore, mostly in China and India. A disruption in this supply chain could be deadly.

Through diversification of production locations and companies, an increase in inventories of critical supplies, and the creation of strategies in the case of long-term disruptions, the United States can better protect the population from threats to the supply chain.