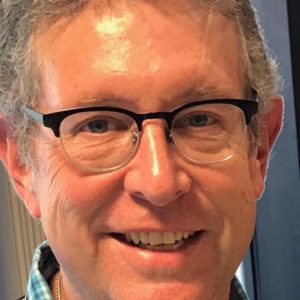 We all want the American Dream.

William McKeen, professor of journalism at Boston University, discusses the changing nature of the American Dream through the years and how Charles Manson played a part in its evolution.

Charles Manson and the American Dream

When Charles Manson was a boy, his mother traded him for a pitcher of beer.  By 13, Manson was in jail. When he died last month, he’d spent 61 of his 83 years in prison.

When he left prison in 1967, he asked to stay. It was the only real home he’d known.

Manson drifted to San Francisco in the summer of love and then with his “family” of damaged young women to Los Angeles and sent these women to find musicians who could help him break into music.  When he was turned down by the rock’n’roll elite, he sought vengeance.

Manson had drunk from the trough of fame. He mingled with rock stars and felt entitled to be a rock star. He was an avatar for a new variation on the American Dream: he wanted fame and it didn’t matter how he got it.

The American Dream used to mean starting with nothing and building it into something. It was also the ideal of freedom, with nothing before us but an open road.

But for millions today, the American Dream is simply the delirious pursuit of fame. Ask a school child what he wants and it’s to be famous – by any means necessary.

Manson supplied a template for this iteration. He tried to achieve celebrity through music and, when he failed, he sought notoriety through crime, primarily the Tate-LaBianca murders of 1969.

When Manson died he was not mourned, but he was remembered. — certainly more than most failed con men could claim. Unfortunately, he thus achieved his goal.

Perhaps the best thing we can do is to forget his name.