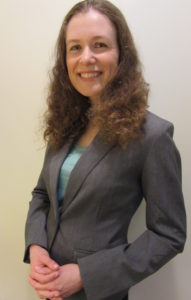 What is the best way to treat Type 2 diabetes?

Dr. Rachel Perry is an Associate Research Scientist in the laboratory of Dr. Gerald Shulman at Yale University, and Co-Director of the in vivo core of the Yale Mouse Metabolic Phenotyping Center. Dr. Perry completed her undergraduate studies in Biomedical Engineering at Yale University, and earned her Ph.D. in Cellular & Molecular Physiology with distinction, also from Yale. Her work in the Shulman lab has generated key insights into the role of increased lipolysis in driving insulin resistance and poorly controlled diabetes, and her CV includes first-author original research papers in Nature, Science, Cell, JCI, Nature Medicine, Cell Metabolism and others. Dr. Perry has recently been honored as a Blavatnik Foundation Regional Award recipient, among other recognitions, and holds several funded grants including a K99 award to study the role of hyperinsulinemia in altering colon tumor metabolism and driving cancer progression. She will become an Assistant Professor of Physiology and Medicine at Yale in July 2018.

With obesity rates soaring worldwide, type 2 diabetes (T2D) has become an epidemic that is projected to affect 1 in 3 Americans by the year 2050. There are currently no drugs available to treat the root cause of T2D, which is fat accumulation in certain organs, such as the liver and skeletal muscles. However T2D can be cured surgically: After weight loss surgery, patients can often forgo all diabetes medications.

Studies by our lab and others have suggested that it may be the forced caloric restriction that follows weight loss surgery, rather than the surgery itself, that is mostly responsible for the rapid reversal of T2D. Previous clinical studies have demonstrated that consuming a very low-calorie diet, similar to what patients would eat following weight loss surgery, reverses diabetes just as effectively. However the cause of this rapid reversal of diabetes was not clear.

That’s where our recent study comes in. We studied a rat model of T2D that has all of the same characteristics of patients with poorly controlled disease, and found that after just three days of feeding these animals a very low calorie diet  — one-quarter their normal intake — they exhibited marked reductions in blood sugar. We attributed this to three liver-centric mechanisms: reduced caloric intake led to: 1) decreased breakdown of stored sugar; 2) suppressed production of new glucose, and 3) decreased fat content which improved the liver’s ability to respond to the glucose-lowering hormone, insulin. This combination caused the rapid reduction of blood glucose concentrations following a very low calorie diet.

To answer the question of whether the results translate to humans, we plan to perform similar studies in people with T2D. If so, it could lead to new drug therapies for the condition.