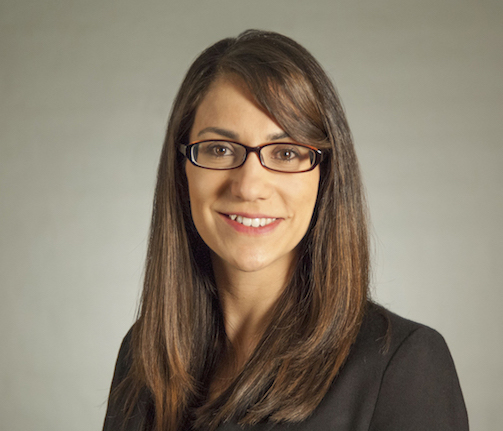 It’s time again for the polar vortex to invade the U.S. and the news.

Andrea Lang, assistant professor of atmospheric and environmental sciences at the University at Albany, explores what the polar vortex is and why it keeps making us bundle up during the winter months.

Andrea Lopez Lang is an assistant professor in the Atmospheric and Environmental Sciences Department at the University at Albany, State University of New York.  She teaches courses on atmospheric dynamics as well as introductory courses to weather and climate. Her research interests center on cool-season phenomena ranging from winter storms to variability of the polar vortex.  Currently, she serves in the leadership group of the National Oceanic and Atmospheric Administration’s Task Force for Subseasonal–to–Seasonal Prediction.  Andrea received her PhD in Atmospheric and Oceanic Science from the University of Wisconsin–Madison.

What Is The Polar Vortex?

“The Polar Vortex barrels across the U.S.” and “Polar Vortex to hit the Northeast” were prominent headlines from December 2013.  Images of commuters bundled in layers avoiding all-time record low temperatures and reporters battling the elements filled the news cycles.  These news stories left many wondering—what is the polar vortex?

The polar vortex is not a newly discovered phenomenon.  Every winter as the polar region cools in the long dark nights, a polar vortex forms in the northern hemisphere.  As this very cold air mass develops over the pole, a jet stream of strong eastward blowing winds forms on the flanks of that cold air in a layer from about 5 to 40 km (3-25 miles) above Earth’s surface.  In general, this combination of cold air and jet stream define the polar vortex.

A polar vortex develops every year during the winter months in the southern hemisphere as well, and polar vortex–like phenomena have also been observed on other planets, including Saturn and Mars.

From a scientific perspective, a polar vortex is a dynamically robust feature that has several components, one well above Earth’s surface—in the stratosphere, and another that is directly associated with the news worthy cold air outbreaks—located in the region known as the troposphere.

In an average northern hemisphere winter, the polar vortex generally stays centered over the Arctic.  Occasionally, a series of weather events can lead to a change in the large-scale atmospheric circulation that can disrupt the general eastward flow in the high-latitude atmosphere, nudging the polar vortex out of the Arctic towards more temperate latitudes. In these cases, warm air from the south moves into the Arctic and the cold polar vortex air from the Arctic moves south, creating a situation where extreme temperatures are likely to occur.