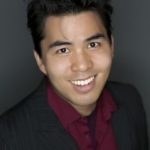 Barry Lam received his B.A. in Philosophy and English at the University of California, Irvine (2001), and his PhD in Philosophy at Princeton University (January 2007). His current research focuses on the nature of epistemic rationality and justification. He also has extensive interests in the philosophy of language and linguistic semantics, the philosophy of science, and analytic metaphysics.  He is also featured on the podcast – hiphination.org.

The Wishes of the Dead

But there’s is a practice where we don’t treat death as final at all. The law says that people can control their personal wealth after death, sometimes indefinitely. Within certain limits, the living are bound by law to execute the spending wishes of the dead, even if it means doing things that are not in the best interests of the living. People can actually earn money after their deaths, and what happens with that money is determined by what the dead person wanted, not what the living want. There are large and growing sectors of the economy dedicated only to executing the wishes of the dead.

There’s a contradiction here. We think that spending wishes are preserved at death, but not voting wishes. In effect, we think its unjust to limit the power of the living over the political institutions that affect them, but not the economic ones. The contradiction is not philosophically tenable. Nothing about death favors the preservation of property rights, but not political rights. Either death is final, or it is not, and the living are either required everywhere to give weight to the wishes of the dead, or not at all.