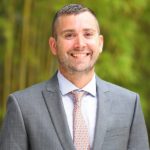 Powerful people who abuse subordinates may be hurting themselves as well.

Trevor Foulk, assistant professor in the school of business at the University of Maryland, examines whether the abuse affects both parties.

We’re all familiar with the phrase “Power corrupts, and absolute power corrupts absolutely”.  In business culture, popular culture, and even our everyday lives, its easy to recall incidents of someone on a “power trip” letting power go to their heads and causing them to treat others poorly.  While conventional understanding of this phenomenon suggests that targets of this ill treatment suffer, this may not actually tell the whole story.  In fact, recent research suggests that the powerful abuser may suffer as a result of his or her bad behavior.

In a study of 116 professional and managerial employees across various organizations, we found that, as expected, feeling psychological powerful motivated participants to engage in abusive behavior.  We also found that psychological power caused the powerful to feel that others were treating them with more incivility.  This is likely because feeling powerful changes the expectations employees have for how others will treat them (they expect to be treated better – with more respect, higher regard, etc.).  We also found that these abusive behaviors and perceptions of incivility caused employees to suffer at home in the evening, manifested as reduced need fulfillment and relaxation.  In other words, power caused employees to have more negative interactions with others during the workday, and these negative interactions harmed these employees’ well-being when they went home.

These findings are noteworthy for several reasons.  First, they suggest that abusive powerholders aren’t immune from the consequences of their own bad behavior. This suggests that power may not be as universally positive for powerholders as we traditionally believe.  Second, it changes the way we think about victims of negative workplace behaviors.  We all understand that targets of abusive behaviors suffer, but these findings suggest that perpetrators suffer as well, flipping the script on how we conceptualize the victims of bad behaviors at work.