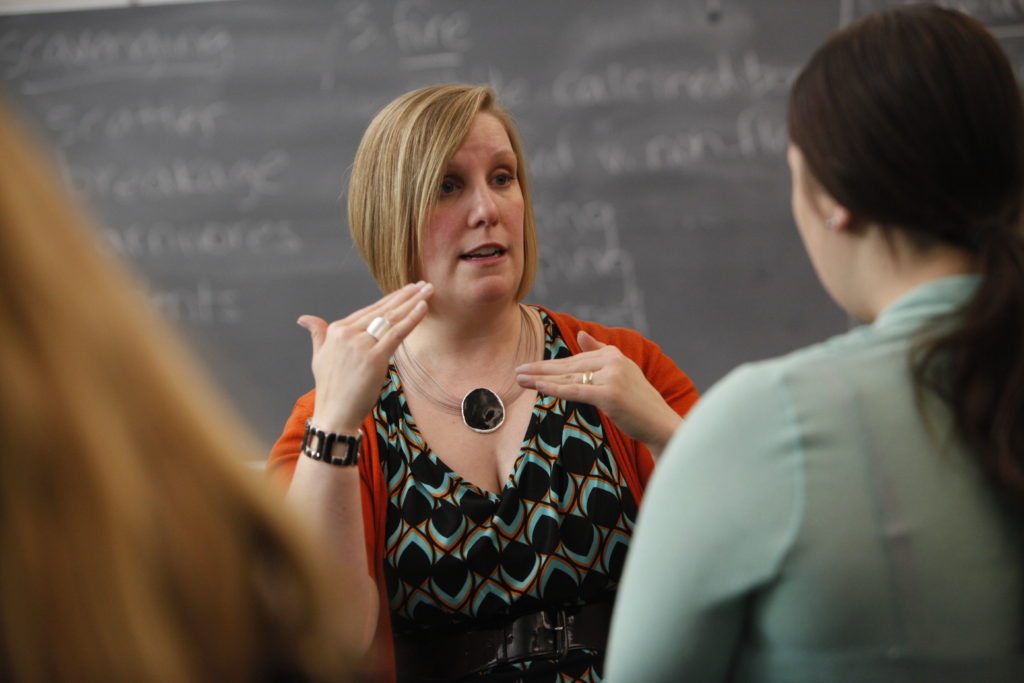 Vampires are more than just Dracula.

Tracy Betsinger, associate professor in the department of anthropology at SUNY Oneonta, looks into a different European vampire legend.

Dr. Betsinger’s research interests include bioarchaeology, paleopathology, skeletal biology, and the effects of gender, social status, and settlement patterns on health and well-being of populations. In particular, she is interested in disease, stress and deprivation, diet, and warfare and trauma. Dr. Betsinger conducts research on medieval and post-medieval populations from Poland and on prehistoric, precontact (culturally unaffiliated) populations from eastern Tennessee.

Currently, Dr. Betsinger is involved in research examining patterns of treponemal disease, oral health, and overall health in prehistoric Tennessee populations (with Dr. Maria O. Smith, Illinois State University). Additionally, she is conducting research (with Amy B. Scott, University of Manitoba, Winnipeg) on health patterns and mortuary practices in a 17th century Polish population. In particular, she has examined deviant burials, deemed “vampire” burials, from this population in order to understand the cultural context of such unusual burial practices.

When we think of vampires, we conjure up Hollywood images of pale, fang-toothed, bloodthirsty creatures on the prowl for necks to bite.

But when we look at the history behind vampire lore, the truth is almost as strange as the fiction. At least that’s what I found in my research on health patterns and burial practices in 17th- and 18th-century Poland.

In the community I studied, vampires were, indeed, considered evil creatures that rose from the grave to cause disease or death to humans, animals and crops. However, they were believed to be reanimated corpses, more like Zombies than the cape-wearing, bat-morphing gentlemen who can’t see their own reflections.

In the Polish cemetery where I did my research, it was clear that a few skeletons had received “anti-vampiristic” treatments though not the usual wooden stake or silver bullet.

Several individuals had been buried with sickles across the throat. My colleagues and I believe this was meant to cut the head off of the body should it become reanimated and try to sit up. Some of the bodies had stones beneath their chins. Possibly to keep the mouth shut so the corpses couldn’t chew through their burial shrouds and bite victims.

What was particularly interesting was that this “anti-vampiristic” treatment wasn’t limited to one specific demographic. The people who were buried this way were adults and children, both male and female. None exhibited any out-of-the-ordinary health issues, nor were they strangers. They were all from the local community.

So what was it about these particular individuals that made their peers target them and label them as vampires?

We are left with a variety of possible culturally-based explanations, including not being baptized, being born out of wedlock, being the first to die in a disease outbreak, committing suicide, even practicing witchcraft. There was no one common reason that all of these people were targeted; instead, they each had some type of perceived risk factor for vampirism that fed the superstitions of the time, and, as a result, made them subject to this strange and intriguing burial treatment.