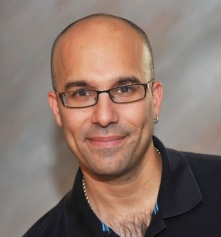 The origins of humanity are being re-written.

Omer Gokcumen, assistant professor of biology at the University at Buffalo, details some new findings and how they alter our knowledge of the past.

Omer Gokcumen is an expert in evolutionary anthropology — the study of how humans evolved and how they differ from non-human primates such as gorillas and chimpanzees.

He can speak to the media about topics tied to human evolution, including evolutionary adaptation and the evolutionary processes that lead to genetic disease.

Gokcumen’s research examines the role that genomic variants, especially deletions and duplications, play in human disease and biology. His laboratory investigates the evolutionary history of genetic variations tied to interesting traits and diseases in modern and ancient human populations.

The Ghost Species of Ancient Humans

The story of human evolution has changed rapidly in recent years.

Two decades ago, the standard view was that the first modern humans migrated out of Africa 50 to 100 thousand years ago. When these early people encountered other human species, such as Neanderthals, they killed or outcompeted them.

Now, however, we are finding that the story of human history was more complicated.

Advanced techniques for analyzing DNA are helping us uncover new information about the origins of humanity. They reveal that our ancestors mated with Neanderthals, Denisovans, and perhaps other ancient human relatives.

These trysts between species not only happened — they occurred on multiple occasions, it seems. We see their imprint on our genetic material today.

One example comes from a study that my colleagues and I carried out on MUC7, a gene that codes for an important protein found in human saliva.

When we analyzed this gene in 2,500 people from all over the world, we found that a group of people in Sub-Saharan Africa had a version that was wildly different from everybody else’s. Even MUC7 genes from Neanderthal and Denisovan remains matched more closely with those of people from other regions.

Where did the strange version of MUC7 originate?

Our study is just one of a few that have begun to clarify that chapter of human evolution.

Now, when we envision humanity’s past, we still picture modern humans leaving Africa and journeying to other parts of the world. But instead of living apart from their ancient relatives, a small but observable level of intermingling occurs. We shared the Earth with other human species — more closely than we thought before.