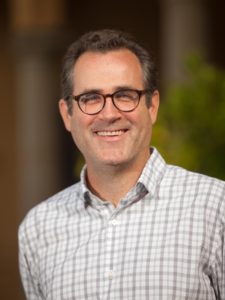 How much do you know about the economy’s progress?

Matthew Loveless, Senior Research Fellow at the Center for Research and Social Progress, explores whether we actually know as much as we think we do.

Matthew Loveless has a Ph.D. in Political Science from Indiana University (Bloomington, USA). Currently, he is in Italy as a Jean Monnet Fellow at the Robert Schuman Center for Advanced Studies at the European University Institute. He co-directs an inter-disciplinary research center in Italy that he co-founded called the Center for Research and Social Progress. He has been a professor at Georgetown, Ole Miss, and the University of Kent (UK) as well as having been a Scholar in Residence at the Woodrow Wilson International Center for Scholars (Washington, D.C.) and a Nuffield Fellow at the University of Oxford (UK). His current work investigates how individuals see macro-economic phenomena and the effects of these perceptions – and misperceptions – have on political behavior.

A lot of recent work in Political Science suggests that people – in the US and Europe – have only the slightest sense of how the economy is doing.

Such misperceptions are problematic. If someone doesn’t have a sense of how the economy is doing – whether it is improving, or if unemployment or inequality is rising – there is some doubt as to whether they can act in their best interests. These misperceptions throw a wrench into people’s political reasoning and behaviors – such as voting – pretty quickly.

In the case of income inequality in the US, Americans, overall, under-estimate the level of inequality. But conservatives tend to under-estimate it more than liberals. Earlier work suggested individuals’ ideological bias is the best explanation for why people see economic realities differently.

We are asking whether ideology is the only or most important explanation for why people might misperceive economic realities. Using the American National Election Studies and the British Election Study, we compare citizens’ perceptions of national-level income inequality in these two very similar countries. In general, we find the biases we expected. NPR-/BBC-listening liberals are more likely than Megan Kelly-watching/Daily Mail-reading conservatives to say that inequality is going up.

The only problem with this is that while income inequality has gone up in the US over the past 20 years; in the UK, income inequality has been going down. Thus, is appears that individuals’ perceptions of national-level income inequality are uncomplicated extensions of their ideological orientations regardless of the actual economic reality. That is, liberals and conservatives correctly perceive macro-economic changes only when reality corresponds to their a priori biases.

This is a problem. When people see really just what they want to see, this points toward the uncomfortable conclusion that what little input objective reality has been assumed to play in people’s political and economic choices – appears to be approaching zero.