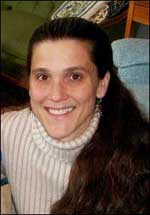 Our assumptions about younger workers may need some updating.

Sarah Moore, professor and chair of the psychology department at the University of Puget Sound, explores the stereotypes about millennials.

Sarah Moore is Professor and Chair of the Department of Psychology at the University of Puget Sound.  Since joining the faculty in 1993, her research has focused on the effects of work-related stressors, such as layoffs, reengineering, and various job characteristics on employee health, work attitudes, and work performance.  Moore has also investigated work-home integration and conflict, the unique work stressors experienced by managerial women, and generational work differences and similarities.  Her current research focus on the changing social contract and the ways in which employees engage with their work and organizations.

Since 1996, Moore and her colleague Leon Grunberg (Professor Emeritus, Department of Sociology and Anthropology) have collaborated on a long-term study at Boeing Commercial, twice receiving funding from the National Institutes of Health to investigate the health and well-being effects of organizational change.  Recent co-authored articles by Moore and Grunberg include, “Navigating through turbulence at Boeing: Implications for employees, companies, and governments” (2013, Revue Francaise de Gestion), The Relationship between Work and Home: Examination of White and Blue-Collar Generational Differences in a Large U.S. Organization  (2014, Psychology: Scientific Research), andGenerational Differences in Workplace Expectations: A Comparison of Production and Professional Workers (2015, Current Psychology).  Together with colleagues Edward Greenberg and Pat Sikora (University of Colorado, Boulder), Grunberg and Moore published a book under Yale University Press in 2010 titled, Turbulence: Boeing and the State of American Workers and Managers.  Moore and Grunberg  recently completed a second book titled Emerging from Turbulence:  Boeing and Stories of the American Workplace Today   (to be released October, 2015 ) that describes the varied ways in which both veteran and new employees engage and find meaning in their work in Boeing’s post-merged organizational culture.

Millennials, or Generation Y – those born between 1982 and 2000 – are often stereotyped in the workplace.  Some of these labels are positive:  Gen Y’s are described as being confident and optimistic about the future, team-oriented, and technologically savvier than their Gen X or Baby Boomer coworkers.  But many of the stereotypes are negative—and inaccurate—and they may lead employers to misjudge and mismanage their younger workers: Gen Y’s are often described as less loyal, more difficult to retain, more “entitled,” and less “work-centered” than previous generations.

In our research on white and blue-collar employees at a leading American corporation, however, we found a more complex reality than either of these extremes.

First, although each generational cohort grows up and enters the labor market under different circumstances, it’s also true that typical maturation and experiences at work exert a powerful influence. The impact of the generational cohort is actually fairly small.

Second, although researchers tend to focus on differences, in truth there is greater similarity, not dissimilarity, between generations on what engages them on the job, on their expectations for good pay and benefits, and on the balance they seek between work and home.  We found this to be especially true for those with blue-collar jobs.

Last, many Gen Y workers tell us that they want to stay with their employer long-term and wish organizations would give them a reason to do so by offering the same types of pensions or mentoring opportunities they gave to previous generations.  They don’t feel more entitled. Rather, they say that workplaces have become less generous and attractive places to put down roots.

In short, be wary of the stereotypes.  As ever, good people management is the key for all generations.