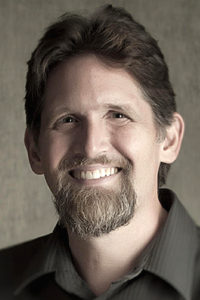 Peter Neal Peregrine is an archaeologist who specializes in comparative research using archaeological data.  His research focuses on the evolution of social complexity and social resilience to disasters.  He is the author of more than 100 articles and 19 books, including the widely used textbooks Anthropology and Archaeological Research: A Brief Introduction.

Hurricane Katrina prompted the disaster prevention and management community to re-think established practices and to recommend that support organizations within vulnerable communities should be empowered as part of disaster response, and that local participation in disaster planning should be increased.  Humans have faced disasters like Katrina throughout our history, and the past can provide examples of both effective and ineffective mechanisms of disaster management.  I tested whether greater local governance and political participation promoted resilience among societies in a sample of 33 ancient societies that had experienced catastrophic climate-related disasters.  The time-depth archaeological data provides allowed me to test whether those societies that proved more resilient to climate-related disasters actually had greater local control and political participation before the disaster struck.  In other words, archaeological data allowed a way to empirically test this predicted causal relationship.  In addition, because I looked at societies from all parts of the globe and from differing time periods, my results should be broadly generalizable to most human societies, including our own.  This has great potential for developing effective disaster prevention and management policies.

What I found supported the prediction.  Societies that encouraged political participation and local decision-making were more resilient to catastrophic climate-related disasters than those that did not.  Encouraging political participation provides greater flexibility in decision making, and local decision-making allows both communication and response to occur at appropriate scales and gives the entire response system a broader range of knowledge to guide decisions.  My results suggest that those seeking to make our society more resilient to the catastrophic climate-related disasters expected in the next century should work to promote policies that increase political participation, empower local governance, and include input from citizens across all social groups.